Member of the German parliament, Manuel Höferlin, who serves as the chairman of the Digital Agenda committee in Germany, has penned a letter to Apple CEO Tim Cook, pleading Apple to abandon its plan to scan iPhone users' photo libraries for CSAM (child sexual abuse material) images later this year. 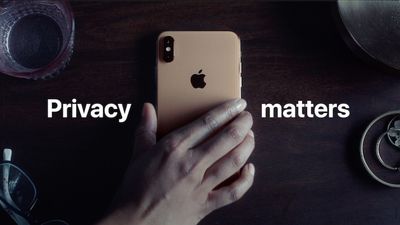 In the two-page letter (via iFun), Höferlin said that he first applauds Apple's efforts to address the dangers posed by child sexual abuse and violence but notes that he believes Apple's approach to remedying the issue is not the right one. Höferlin continued to say that the approach Apple has chosen violates one of the "most important principles of the modern information society – secure and confidential communication."

The approach chosen by Apple however – namely CSAM scanning of end devices – is a dangerous one. Regardless of how noble your motives may be, you are embarking on a path that is very risky – not only for your own company. On the contrary, you would also be damaging one of the most important principles of the modern information society – secure and confidential communication. The price for this will most likely be paid not only by Apple, but by all of us.

Höferlin notably called Apple's CSAM approach "the biggest opening of the floodgates for communication confidentiality since the birth of the internet." The letter speaks out against Apple's plans to scan images in a users' iCloud Photo Library for CSAM by checking the hashes of images to a database of known child sexual abuse material.

That feature is entirely different from another feature rolling out later this year, in which iOS will use on-device image analysis to detect possible sexually explicit images in the Messages app and asks users under the age of 13 if they wish to see the photo. While Höferlin referenced some legitimate concerns over CSAM scanning, he continued that the feature destroys "some of the trust users place in not having their communications secretly monitored." Neither CSAM scanning nor the Child Safety Features in Message, however, are monitoring any communication.

Apple's senior vice president of software engineering, Craig Federighi, admitted in a recent interview that the conjoined announcement of CSAM detection and improved safety for children within the Messages app has caused confusion. Nonetheless, Höferlin continued in his letter by stating that while he wishes he could believe Apple's reassurance that it will not allow government interference into CSAM detection, he is unable to take the company by its word.

As much as I want to believe your assurances that you will reject all requests for further application of this function, such as the location of regime critics or surveillance of minorities, these lack credibility. In every country on Earth – even in my home country, despite our historical experiences – political forces continue to coalesce for whom confidential communication and encryption are a thorn in their side, and who are engaged in ongoing efforts to replace freedom with surveillance. For people who unlike us are not lucky enough to live in Western democracies, this can in the worst-case scenario mean a genuine threat to their lives.

Höferlin concluded his letter by pleading with Cook for Apple to abandon its CSAM scanning plans and asked that the company stays on the side of free and private internet.

That is why my urgent appeal to you is that you abandon your plans for CSAM scanning. This would not only save your own company from many foreseeable problems, but would also protect the Achilles' heel of the modern information society! Please stay on the side of those who defend civilization’s achievement of a free internet!

Since its announcement earlier this month, Apple’s plans have received criticism, and in response, the company has continued its attempt to address concerns by publishing additional documents and an FAQ page. CSAM scanning and Child Safety Features within the Messages app are still on track to be released later this year.

antiprotest
The only way Apple will abandon this is if China tells them to, and we already know that this is not a feature that China will oppose.
Score: 67 Votes (Like | Disagree)

Despite the facts that it scans locally before uploading, that it only uses hashes initially, that child exploitation is a serious problem that must be solved and that Apple has done a pretty good design job to protect privacy it still isn’t right. This is still digital surveillance of the private population. And worse still it is being done by a corporation of unelected individuals deciding for us how it should be done rather than law enforcement. The term “overreach” is often used in government and it applies here. Apple is not responsible nor accountable for CSAM detection in law enforcement and no country’s citizens have passed a law to give them this mandate. However secure, private and well intentioned this system may be they are breaching the privacy of the people without the people’s’ permission.
Score: 55 Votes (Like | Disagree)

However, the same technology that Apple wants us all to accept this fall could one day be the same technology that tells a government that I am a conservative Christian pastor. Therefore, the right thing in this situation is not to catch people that are going to not use the feature—the right thing in this situation is to not implement a feature that is highly useless against the people for whom it is intended... because the day might one day come when others get caught in a web that was not originally intended for them.
Score: 47 Votes (Like | Disagree)

Might as well ask Cook to also remove all the cameras in the phone so that people can avoid being filmed during altercations (an altercation that THEY themselves usually cause), threatening to put them on YouTube or Facebook, which they almost certainly do regardless. Their video is subsequently shared many, many times. So much respect for people’s privacy! Do Facebook and YouTube care about people's privacy? No, not while it's entertainment. Yet the source comes from somebody's phone and violates the rights of others.

Or maybe remove the ability to record conversations via Voice Memos, or third-party apps just in case a conversation is recorded secretly without other people knowing.

Those are not the equivalent of this technology. Apple’s new technology is about having a process running on the user’s phone that monitors for illegal activity and reports matches to an authority. So this is like having your camera automatically scan for antisocial behaviour and reporting your GPS location to the local police.
Score: 35 Votes (Like | Disagree)