Netflix is planning to add to its TV and movie offerings by breaking into video game content, reports Bloomberg. 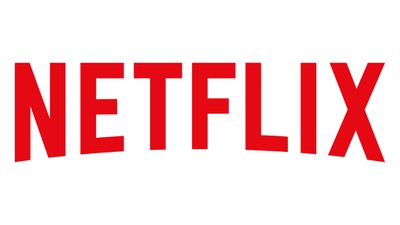 Netflix has hired former Electronic Arts and Facebook executive Mike Verdu as vice president of game development, and he will report to Netflix chief operating officer Greg Peters. At Facebook, Verdu worked with developers to bring games and other content to the Oculus VR headset.

It is not clear how Netflix's gaming offering will work nor if the company plans to develop original gaming content. Netflix could have a cloud gaming setup similar to Microsoft, Google, and Amazon, or it could work with developers on original titles, making it more similar to Apple Arcade.

Netflix's gaming efforts are in the very early stages and Netflix's plans for gaming will become more clear in the future.

LFC2020
Apple needs to stop piss farting around with these crap games on Apple Arcade, they need to start buying these well known gaming companies instead, not like they can’t afford it. ?
Score: 29 Votes (Like | Disagree)

Macintosh IIvx
Typical click-bait headline. They're not facing more competition because Netflix hasn't yet released such a service. Until that point, there's no additional competition from Netflix.

[HEADING=2]BREAKING: SpaceX facing more competition from space ships I may or may not build in my garage at some point in the future.[/HEADING]
Score: 14 Votes (Like | Disagree)

Apple needs to stop piss farting around with these crap games on Apple Arcade, they need to start buying these well known gaming companies instead, not like they can’t afford it. ?

Hope not...... Don't want Apple artificially shut down one good gaming company to potentially incorporate some part of it into their offerings.

Happy to play in my different gaming devices that I own that don't involve Apple - they can keep their crappy Apple Arcade.
Score: 13 Votes (Like | Disagree)

macsplusmacs
13 Reasons Why: THE VIDEO GAME
Score: 11 Votes (Like | Disagree)
Read All Comments

Friday July 23, 2021 8:59 am PDT by Joe Rossignol
The classic endless runner Jetpack Joyride from Halfbrick Studios is making a return today on the subscription-based Apple Arcade service. Over 750 million players have downloaded Jetpack Joyride across all gaming platforms, and Apple Arcade subscribers can now relive the fun with Jetpack Joyride+ for the iPhone and iPad. "Get ready for bullet-powered jetpacks, giant mechanical dragons,...
Read Full Article • 31 comments