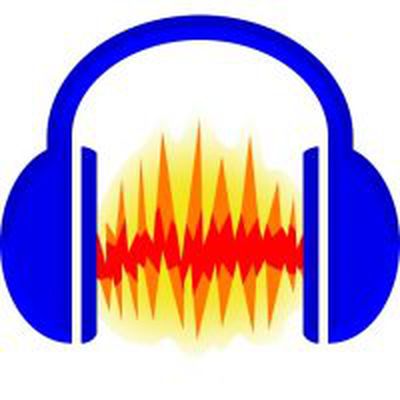 Two months ago, Audacity was acquired by Muse Group, which owns other audio-related projects including the Ultimate Guitar website and the MuseScore app. According to Fosspost, changes to the privacy policy section on the Audacity website indicate that several personal data collection mechanisms have since been added by the parent company.

The type of data collected now includes the computer's processor, operating system and version, the user's IP address, and any crash reports, fatal error codes and messages generated by their machine. More concerning perhaps is the inclusion of a vague section listing data that must be collected "for legal enforcement, litigation, and authorities' requests (if any)."

The storage of said data is located in servers in the U.S., Russia, and the European Economic Area. For example, IP addresses are stored in an identifiable way for a day before being hashed and then stored in servers for a year, leaving users identifiable via government data requests.

In addition, the new policy prevents people under the age of 13 from using the software, which is a violation of the GPL license that Audacity uses.

Understandably, the policy changes have upset Audacity users, who have taken to Reddit and GitHub to question why an offline desktop app needs to "phone home" at all, and there is already discussion about forking Audacity into a separate open-source project that's free from the Muse Group's ownership and questionable data collection practices.

Apple_Robert
Good on users for blowing the tech whistle. No excuse for this kind of crap.
Score: 18 Votes (Like | Disagree)

It's getting to a point where I think I should have a VPN active all the time.

This would have no effect at all on this kind of issues. All a VPN can do is hide your traffic from your ISP, in exchange for making it visible to the VPN company: there's no practical effect on your privacy.
Score: 16 Votes (Like | Disagree)

spyguy10709
I don't understand how GPL software could be "sold" in the first place?
Score: 12 Votes (Like | Disagree)

foobarbaz
You know what's happening here? The legal department of a big company is making them update the privacy policy to cover all eventualities of what could happen to the crash data. (Could it be subpoenaed? Sure … Let's add it then.)

The age 13 thing? That's them trying to avoid COPPA. They are not allowed to collect even crash reports in that case. They can't actually restrict the age (due to the GPL), so they literally ask (!) people under 13 not to use it.

But the outrage machine churns over the weekend before the company even has a chance to respond. I bet this is a big fat Nothing Burger (but those poor people in the PR department are in for a hell of a few days now). Can we just collectively wait a few days before going on the crusade …
Score: 11 Votes (Like | Disagree)

Bubble99
Yep and these sheep are going to install it. That why we can’t have nice things in the US any more because humans are scumbags.

If I had that app installed I would remove it ASAP. If everyone did that than that company can go out of business. And I would not shred a tear.
Score: 10 Votes (Like | Disagree)

Christoffee
It's getting to a point where I think I should have a VPN active all the time.
Score: 9 Votes (Like | Disagree)
Read All Comments

Friday March 25, 2022 4:46 am PDT by Tim Hardwick
European lawmakers have provisionally agreed upon a new law that would force Apple to allow user access to third-party app stores and permit the sideloading of apps on iPhones and iPads, among other sweeping changes designed to make the digital sector fairer and more competitive. The European Council and European Parliament said on Friday they had reached a political agreement on the...
Read Full Article • 556 comments

Wednesday February 2, 2022 3:48 pm PST by Juli Clover
The U.S. Senate Judiciary Committee will on Thursday consider the Open App Markets Act, an antitrust bill that would allow for sideloading and alternate app stores. Ahead of the meeting, Apple's head of government affairs in the Americas Tim Powderly sent a letter to committee members, urging them to reject the bill, reports Bloomberg. Powderly repeated a privacy and security argument that...
Read Full Article • 1168 comments

Monday December 6, 2021 1:05 pm PST by Juli Clover
Location tracking service Life360 has been selling the precise location data of tens of millions of its users, according to a new report shared by The Markup. Life360 bills itself as a "family safety platform" app that is meant to allow family members to keep tabs on one another with tracking software that's installed on smartphones, and there are both Android and iPhone apps. The...
Read Full Article • 191 comments