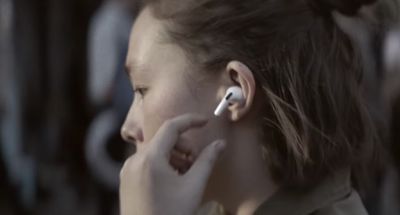 Currently, the iPhone and Apple Watch both utilize a wide array of sensors to provide users with health data and information independently. In addition, Apple also uses sensor fusion, which combines data from sensors onboard the Apple Watch and ‌iPhone‌ to provide users with a more comprehensive view of their health. In an interview with TechCrunch, Lynch has hinted that Apple may add AirPods to the process of sensor fusion to provide more health data to Apple users.

The suggestion from Lynch lines up with reporting from reliable Apple analyst Ming-Chi Kuo, who has said that Apple does plan to introduce health tracking for AirPods. More recently, Bloomberg's Mark Gurman reports that the second-generation AirPods Pro, due for release next year, will include "updated motion sensors with a focus on fitness tracking."

fwmireault
Very curious what would be the purpose of these sensors with the actual autonomy of AirPods. I wear my Apple Watch all day long, but I use my AirPods only a few hours a day. Not useful for health tracking in my sense
Score: 6 Votes (Like | Disagree)

TheYayAreaLiving ?
This is where $$$ is at. Person’s health data. This is what Apple is after
Score: 3 Votes (Like | Disagree)