Apple today previewed new privacy protections coming in iOS 15, iPadOS 15, macOS Monterey, and watchOS 8. The software updates are available in beta for developers starting today and will be publicly released later this year. 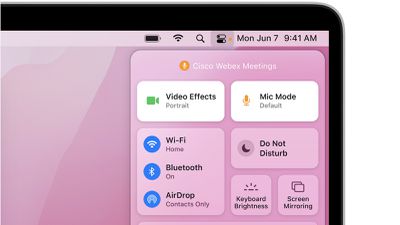 First, a new App Privacy Report feature will let users see how often apps have used the permission they've previously granted to access their location, photos, camera, microphone, and contacts during the past seven days. Users can also find out with whom their data may be shared by seeing all the third-party domains an app is contacting.

App Privacy Report will arrive as part of a future software update to iOS 15, iPadOS 15, and watchOS 8 later this year.

Private Relay is a new VPN-like service that's built right into iCloud, allowing users to connect to and browse the web in a more secure and private way. When browsing in Safari on Apple devices, Private Relay will ensure all traffic leaving the device is encrypted.

All the user's requests are then sent through two separate internet relays. The first assigns the user an anonymous IP address that maps to their region but not their actual location. The second decrypts the web address they want to visit and forwards them to their destination. This separation of information protects the user's privacy because no single entity can identify both who a user is and which sites they visit.

Next up is Siri, which is moving to on-device speech recognition with iOS 15 and iPadOS 15, meaning the audio of users' requests is processed right on their iPhone or iPad by default. For many requests, Siri processing is also moving on device, enabling requests to be processed without an internet connection, such as launching apps, setting timers and alarms, changing settings, or controlling music.

Since the release of iOS 14, an iPhone displays a green or orange dot in the status bar when an app is using the device's camera or microphone, respectively. Now, starting with macOS Monterey, users can also see which apps have access to their Mac's microphone in Control Center. A new software indicator augments the camera indicator light by showing you whenever an app has access to the microphone. This complements the hardware-based green light that appears next to a Mac's webcam when it is active.

These are only some of the new privacy features coming in Apple's new software updates, and we'll be highlighting others in the coming days.

Because you shouldn't be trying to pick up the every browser that walks by and winks at you. :p

Was not expecting to read about anthropomorphized browsers today :p.
Score: 5 Votes (Like | Disagree)

Is there any reason why Private Relay is only on Safari and not system-wide?

Because you shouldn't be trying to pick up every browser that walks by and winks at you. :P
Score: 5 Votes (Like | Disagree)

wolfshades
Man, Apple is really stepping up their security game. I’m more than pleased with what was presented today and can’t wait to see IOS 15 roll out.
Score: 3 Votes (Like | Disagree)

countryside
Is there any reason why Private Relay is only on Safari and not system-wide?
Score: 2 Votes (Like | Disagree)
Read All Comments

Wednesday August 25, 2021 7:48 am PDT by Joe Rossignol
Starting with iOS 15, iPadOS 15, and macOS Monterey, users with a paid iCloud+ storage plan can personalize their iCloud email address with a custom domain name, such as johnny@appleseed.com, and the feature is now available in beta. iCloud+ subscribers interested in setting up a custom email domain can visit the beta.icloud.com website, select "Account Settings" under their name, and select ...
Read Full Article • 1090 comments