The Sensibo Pure air purifier was today updated with HomeKit compatibility, making it one of the few air purifiers on the market able to integrate with ‌HomeKit‌. 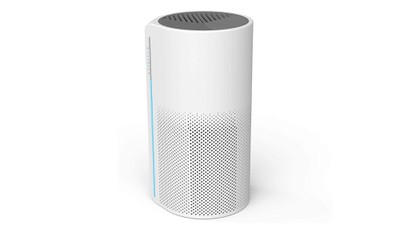 ‌HomeKit‌ allows you to control the Sensibo Pure through the Home app, and it enables Siri commands for checking air quality, turning the air purifier on and off, and more.

It also enables automations, so the Sensibo Pure can be used in tandem with other ‌HomeKit‌ accessories. Sensibo says that the air purifier can be paired with the HomeKit-compatible Sensibo Air AC controller and Ecobee thermostat to improve air circulation to boost purification.

The Sensibo Pure is advertised as featuring a triple-level filtration system with technology that monitors indoor and outdoor air quality to increase airflow through air conditioners and central systems.

The Sensibo Pure is priced at $159 for a single unit and it can be purchased from the Sensibo website or from Amazon.com.

I have a Levoit purifier. it's dead silent, definitely helps with a stuffy nose from dust allergies.
Score: 6 Votes (Like | Disagree)

Apple_Robert
I leave my air purifier on 24/7 (Honeywell heppa). I have never heard of Sensibo.
Score: 3 Votes (Like | Disagree)

I have two of them, one in the familyroom and the other in the living room. Now the living room is for the dog and kitchen. When my wife cooks sometimes she treats me like a Greek God, and gives me a burnt offering. The Levoit automatically kicks in and ups the fan speed until the air is tolerable. You can also amuse yourself by farting at it. Here is the website, I would buy it from Amazon as they might have cheaper prices, but you do want to seriously look into this one. Levoit ('https://levoit.com/products/lv-pur131s-wifi-true-hepa-air-purifier')

However, it doesn't work with Homekit but is WIFI though a free App.
Score: 3 Votes (Like | Disagree)

Compile 'em all
Judging by the fake reviews on their website (using stock photos of random people) I’m gonna guess the product is rubbish.
Score: 2 Votes (Like | Disagree)

Molekule with HomeKit has worked well for me. $$ though.

Unfortunately, Molekule has been proven to be a scam ('https://bbbprograms.org/archive/nad-recommends-molekule-discontinue-pollution-elimination-asthma-and-allergy-symptom-relief-claims-for-its-molekule-home-one-air-purifier-advertiser-to-appeal-certain-findings/').

For those in the market for an air purifier, I recommend Medify ('https://medifyair.com/')
Score: 1 Votes (Like | Disagree)
Read All Comments