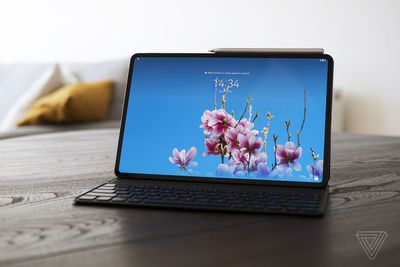 Five Apple Products That Haven't Been Updated in Over Two Years

Wednesday February 2, 2022 8:15 am PST by Joe Rossignol
While much of Apple's product lineup is up to date right now, a handful of devices and accessories have not received hardware updates in recent years. Below, we have put together a list of five products that Apple sells that have not been updated in over two years, aside from new software features. The list excludes previous-generation products like the iPhone 11 and Apple Watch Series 3. ...
Read Full Article • 86 comments

Thursday October 28, 2021 6:35 am PDT by Mitchel Broussard
Verizon today is discounting the Apple Pencil 2 to $99.99, down from $129.00. This deal has been applied automatically and does not require a special promo code. Note: MacRumors is an affiliate partner with Verizon. When you click a link and make a purchase, we may receive a small payment, which helps us keep the site running. This sale is a match of one of the lowest prices that we've ever ...
Read Full Article • 7 comments

Bowdoin College to Provide Every Student With a Complimentary MacBook Pro, iPad Mini, and Apple Pencil

Tuesday February 22, 2022 7:06 am PST by Joe Rossignol
Bowdoin College today announced that it will be providing every student with a 13-inch MacBook Pro with the M1 chip, an iPad mini, and an Apple Pencil, complete with access to a full range of course-specific software, beginning in fall 2022. The cost of the program will be covered entirely by Bowdoin, a liberal arts college in Brunswick, Maine. Students will have the option to pay $1 to keep ...
Read Full Article • 161 comments