Google is facing internal concerns that implementing an Android equivalent of Apple's ATT or App Tracking Transparency framework, which offers iOS and iPadOS users the ability to opt-out of tracking across apps and websites, will hurt its more than $130 billion annual spending budget for ads, according to a new report from The Information. 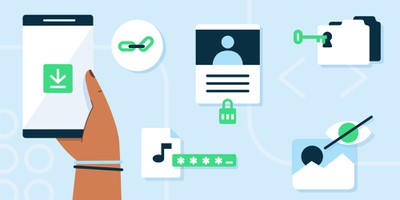 According to the report that cites sources within Google, the internet giant is "accelerating work to limit how app developers can track the 2.5 billion people who use phones powered by its Android software." Apple previewed ATT at its Worldwide Developers Conference last year, but it only recently shipped to iOS and iPadOS users.

At every WWDC, the company unveils new versions of its operating systems, including new privacy features and protection for users. Tomorrow, Google will be holding Google I/O, where similarly, it will preview a new version of Android and reveal other new technologies. However, according to the report, Google plans to take a "baby step" approach to new privacy features during its conference, only previewing minor new changes.

Google will take a baby step regarding phone privacy this week during its annual developer conference. There it plans to preview coming privacy controls that will make it easier for smartphone users to reach a settings screen where they can restrict apps’ abilities to access the phone’s camera, location and other permissions, according to a person who has seen the planned presentation.

Google's resistance to implementing an Android version of ATT could be fueled by backlash Apple faced in the run-up and even after the new framework was enacted. Major companies such as Facebook voiced concerns that the new framework presented a threat to its ad business, given that most users are likely to opt out of tracking. Apple continuously responded to concerns by echoing its firm belief that giving users a choice on whether they wish to be tracked or not is the right thing to do.

macsplusmacs
And I bet the step will stop just short of the spot where it infringes on the ability to milk the user's privacy for their advertising department.
Score: 11 Votes (Like | Disagree)

Shout out to the #underpantsgnomes

ImperialForces
This crap is why I get so upset at Apple when they don’t live up to my expectations. The only alternative is a predatory company that wants to build a 1984 style profile on me.
Score: 6 Votes (Like | Disagree)

brijazz
Ah, baby steps: a teeny step forward, and then fall face-first onto the ground :P
Score: 5 Votes (Like | Disagree)

DipDog3
This is what happens when you are not the customer.

You and everything about you are the product that Google/Facebook sells to advertisers.

LeadingHeat
I can’t see them actually implementing this, ads makes up WAY too much of their income to cut off its legs like that.
Score: 2 Votes (Like | Disagree)
Read All Comments

Tuesday February 9, 2021 10:52 am PST by Juli Clover
Google is expected to unveil the next-generation version of Android, Android 12, in just a few weeks. Ahead of the software's debut, XDA Developers has shared some leaked screenshots that give us an idea of what we can expect from the new software. According to XDA Developers, the screenshots are sourced from an "early draft of a document made to summarize changes in Android 12," and those...
Read Full Article • 76 comments

Sunday March 14, 2021 6:19 am PDT by Tim Hardwick
A judge in California has ruled that Google must face a class action lawsuit alleging that it secretly tracks the online activity of Chrome users even when they're using the browser in its privacy-oriented Incognito mode (via Bloomberg). The lawsuit was filed in June by three plaintiffs alleging that Google hoovers up user data through Google Analytics, Google Ad Manager and other applications ...
Read Full Article • 278 comments