Apple's new AirTag item trackers are ideal for attaching to things like bags and luggage cases, which makes it likely they'll become popular with travelers and backpackers who want to keep tabs on their personal possessions abroad.

For this reason, it's worth remembering which AirTag features work wherever you are, which ones depend on you being nearby the AirTag, and which functions aren't supported in certain countries and regions. 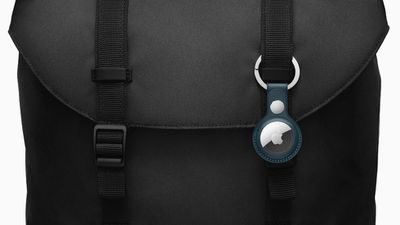 AirTags can be tracked in Apple's Find My app, which uses Bluetooth signals from a lost AirTag to relay its location back to its owner. Apart from Bluetooth, each AirTag is also equipped with a U1 Ultra Wideband chip, and on devices that also have U1 chips, there's a Precision Finding feature that enables you to more accurately determine the distance and direction of a lost AirTag when it's in range, when compared to Bluetooth alone.

If you're aiming to find a lost item and you have an ‌iPhone 11‌ or 12, Precision Finding will direct you to the exact location of your lost AirTag using input from the camera, accelerometer, and gyroscope, with guidance provided through sound, haptics, and visual feedback. However, Ultra Wideband isn't universally supported worldwide, therefore Precision Finding won't work in the following countries:

In countries where Precision Finding isn't available, AirTag owners can still fall back on Bluetooth to locate a missing item if it is approximately 30-40 feet within range. There are built-in speakers to play a sound to find a lost AirTag, and you can either play a sound through the ‌‌Find My‌‌ app or ask Siri to find an AirTag with a sound.

However, if your AirTag is out of that proximate range, then you won't be able to find it via your own device's Bluetooth signal. Instead, you'll have to rely on the wider ‌Find My‌ Network of Apple devices.

You can still track the location of an out-of-range AirTag in Apple's ‌Find My‌ app, but you won't be relying on the Bluetooth signals of your own device. Instead, the ‌‌Find My‌‌ Network takes advantage of nearly a billion Apple devices out in the world to help you locate your AirTag, with the associated item showing up on the map when it's located by someone else's device.

However, if you're traveling in a remote region, be aware that if an AirTag isn't nearby and there are no Apple devices in the area in which it's located, ‌Find My‌ will only be able to tell you where it was last seen on the map.

‌AirTags‌ are available to pre-order now and the first orders are estimated to arrive Friday, April 30. For more information about Apple's AirTag item trackers, be sure to check out our dedicated guide.

alexandr
well there goes my trip to armenia with stops in azerbaijan, kazakhstan and kyrgyzstan :(
Score: 36 Votes (Like | Disagree)

now i see it
Am I the only one who hasn't lost anything in over 30 years?
Score: 20 Votes (Like | Disagree)

This author of this article doesn’t seem to understand how Ultra Wideband works. It’s between iPhone and AirTag and has nothing to do with the country you’re in. It will even work on the Moon, as the system only uses cellular data to relay location to devices other than your own phone.

You'd be wrong. UWB requires regulatory approval for the use of the radio spectrum. If you use an iPhone in certain countries where it isn't approved, it will automatically be turned off. Also see:

richard371
Why not place the airtag inside the luggage so it won’t get removed my someone easily.
Score: 17 Votes (Like | Disagree)

JohnApples
Some of the “what if” fearmongering scenarios people are coming up with are hilarious, but this happens each time Apple releases a new product.

Or when FaceID was announced, people were saying, “what if a thief grabs my phone, shoves it in my face to unlock it, then runs off with it!?”

Or when AirPods came out: “What if a thief passing by swipes the AirPod out of my ear?” or “what if the thief sees my distinct AirPods and realized I have an expensive iPhone on me?”

The point is you can come up with endless “what if” scenarios about any product- but they’re usually super specific and in the vast majority of real-world situations, complete non-issues.

At the end of the day, Apple can’t protect you or your product from every “technically possible” scenario. So if you’re worried about one of these scenarios happening to you, simply don’t buy the product.
Score: 12 Votes (Like | Disagree)

How would that work though? Does the airtag know which country it’s in?
Score: 10 Votes (Like | Disagree)
Read All Comments

Saturday February 4, 2023 1:30 am PST by Hartley Charlton
Google's Chromium developers are working on an experimental web browser for iOS that would break Apple's browser engine restrictions, The Register reports. The experimental browser, which is being actively pursued by developers, uses Google's Blink engine. Yet if Google attempted to release it on the App Store, it would not pass Apple's App Review process. Apple's App Store rules dictate...
Read Full Article • 236 comments