Microsoft Teams for macOS has been updated so that other people on a video call are able to hear a Mac's system audio when another user is screen sharing. 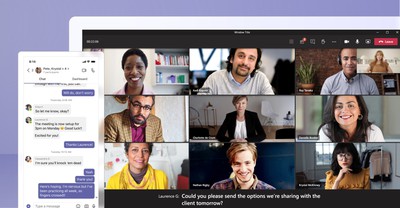 Teams for Windows has always offered users the option of system audio sharing. Today's update brings parity to the Mac app by including the optional feature, which is likely to be welcomed by teachers and businesses.

Microsoft also says that support for native macOS system notifications will be enabled for Teams with an upcoming app update. Microsoft started rolling out native notifications to Windows 10 users in early April, and the feature is expected to come to the Mac app imminently.

Currently, Teams for Mac uses its own notification system instead of being integrated with Apple's macOS Notifications Center. The next update to Teams should fix that, although no specific date has been given.

Windows Latest was first to report on the macOS update. The latest version of Microsoft Teams is available to download from Microsoft's official website.

HenkVDB73
This software is a disaster, and a daily source of stress for me, as I am forced to use it by one of my customers. They try to do everything in one application, but are actually good at nothing. It would be great if they would start making sure it doesn't use all sys resources. My 16gb of RAM are often not enough to run the thing...
Score: 16 Votes (Like | Disagree)

This software is a disaster, and a daily source of stress for me, as I am forced to use it by one of my customers. They try to do everything in one application, but are actually good at nothing. It would be great if they would start making sure it doesn't use all sys resources. My 16gb of RAM are often not enough to run the thing...

ScrumpyDaniel
Teams is absolutely awful. We switched from Slack to Teams in February, and we've just switched back. I feel sorry for employees who rely on Teams to help with their daily workload.
Score: 9 Votes (Like | Disagree)

jtrenthacker
We've used Teams in a primarily Windows environment (large university) for the last few years. I use it daily with my Windows and Mac machines. Besides it being a resource hog, I don't get all the hate. I think it works fine for what it is. We seem to have very little issues with it.
Score: 8 Votes (Like | Disagree)

Microsoft also says that support for native macOS system notifications will be enabled for Teams with an upcoming app update.

This is sorely needed, it will be a glorious day when they enable system notifications. I will no longer miss notifications when in full screen apps.
Score: 8 Votes (Like | Disagree)

I downloaded the latest from microsoft.com/teams, and now have


Of course, there is no way to update within the client
Score: 7 Votes (Like | Disagree)
Read All Comments

Tuesday May 11, 2021 11:56 am PDT by Joe Rossignol
Last month, Apple introduced a new iPad Pro with the same M1 chip found in the latest Macs, and early benchmark results indicate that the M1 iPad Pro is over 50% faster than the previous-generation iPad Pro. Based on five legitimate Geekbench 5 results (here's the fifth) for the fifth-generation 12.9-inch iPad Pro with the M1 chip, the device has average single-core and multi-core scores of...
Read Full Article • 338 comments