NFL star quarterback Tom Brady is teaming up with entrepreneur Richard Rosenblatt to launch a new NFT company called Autograph this spring, and Apple executive Eddy Cue will serve as an advisor to the company, according to CNN. 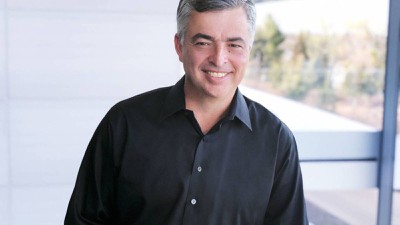 As a Senior Vice President at Apple, Cue oversees many of the company's services, such as Apple Music, Apple TV+, Apple Maps, and iCloud. Once a fixture at Apple Events, Cue has maintained a relatively low profile over the last few years, at least in the public eye. One of Cue's last appearances was in September 2020, when he praised British carrier EE's launch of smartphone plans bundled with multiple Apple services.

It is not uncommon for Apple executives to serve as board members or advisors to other companies, with Cue also sitting on Ferrari's board.

NFTs, or non-fungible tokens, are the latest cryptocurrency phenomenon. A non-fungible token is essentially a digital commodity like an image that has been authenticated with the same blockchain technology behind Ethereum. Twitter co-founder Jack Dorsey's first-ever tweet sold as an NFT for $2.9 million last month amid the NFT craze.

nikhsub1
I understand NFT's but I don't get the hype. The money being paid for nonsense is astounding to me.
Score: 23 Votes (Like | Disagree)

!!!
NFTs sound like a money laundering scheme. Also, I wonder if Apple is aware of how much energy is wasted on this crypto stuff? Surely that goes against their green goals?
Score: 17 Votes (Like | Disagree)

exmophie
I came across a tweet that technically explains how NFT works.
Call me old fashioned but that sounds like a scam :oops:

ryanmillercg
I thought Apple cared about the environment? Eddie isn't quite aligned with that cause, apparently. https://www.wired.com/story/nfts-hot-effect-earth-climate/
Score: 8 Votes (Like | Disagree)

ArPe
Another get richer scam by the 1% and celebs and criminals who don’t care if it harms the planet or the little guy who can barely afford the fees and commissions to join in.
Score: 7 Votes (Like | Disagree)

I understand NFT's but I don't get the hype. The money being paid for nonsense is astounding to me.

Well the list goes on and one and it they all have few things in common.
- a religious aspect to make people believe something that is clearly not true (well every religion should also be in th list above)

- they do run for years, decades and even longer with some normal people getting lucky by getting out before the fall


Brought to you by:
RantOfTheWeek LTD

Apple Music TV Expands to the UK and Canada

Friday April 9, 2021 8:07 am PDT by Hartley Charlton
Following its launch in October last year, Apple Music TV has today expanded to the UK and Canada (via 9to5Mac). Apple Music TV offers a constant live stream of currently popular music videos, live shows, and events that run for 24 hours every day. Every Friday, Apple Music TV debuts new videos and there are appearances from ‌Apple Music‌ 1 radio hosts with interviews and more. The...
Read Full Article • 56 comments

Tuesday April 27, 2021 2:31 pm PDT by Juli Clover
As Epic Games prepares for its upcoming bench trial with Apple, the company has today published depositions that it conducted with several executives, including current iTunes chief Eddy Cue and former software engineering chief Scott Forstall. As someone involved with the App Store since its inception, Cue was asked many questions about how the store runs, and he was also queried on whether ...
Read Full Article • 130 comments

Tuesday June 1, 2021 10:11 am PDT by Joe Rossignol
Mozilla today announced the public release of Firefox 89 for macOS with a redesigned and modernized core browsing experience. The latest version of the browser features a simplified toolbar with less frequently used items removed, allowing the focus to be on the most important navigation items. Menus and prompts have also been streamlined across Firefox to have cleaner designs and clearer...
Read Full Article • 135 comments