Facebook CEO Mark Zuckerberg's own personal information was among the details of 533 million Facebook users that leaked in a data breach, it has emerged. 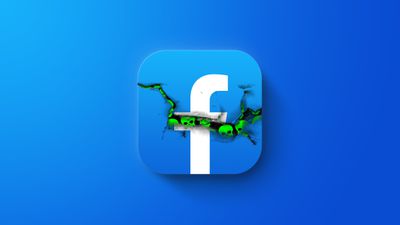 Facebook has now confirmed that the leaked data was obtained not by a hack, but by scraping the platform prior to September 2019. The company now says that an exploit was found in its contact importer, but the "specific issue that allowed them to scrape this data in 2019 no longer exists."

Facebook has not clarified exactly what personal information leaked about the 533 million users, and has only said that "the information did not include financial information, health information or passwords." Although the company has not issued an apology over the data breach, it has said that Facebook is "focused on protecting people's data" and recommends that "people do regular privacy checkups to make sure that their settings are in the right place, including who can see certain information on their profile and enabling two-factor authentication."

Wired reported late last week that the personal information of a number of high-profile individuals was among the leaked details, including those of Zuckerberg:

The information from more than 500 million Facebook users in more than 106 countries contains Facebook IDs, phone numbers, and other information about early Facebook users like Mark Zuckerburg and US secretary of Transportation Pete Buttigieg, as well as the European Union commissioner for data protection, Didier Reynders. Other victims include 61 people who list the "Federal Trade Commission" and 651 people who list "Attorney General" in their details on Facebook.

Pundits investigating the data breach also discovered that Zuckerberg is in fact a user of the encrypted messaging app Signal. Since WhatsApp, which is owned by Facebook, announced a number of changes to its privacy policy that would allow for more data sharing with its parent company, Signal has seen a surge in popularity, so it is interesting to see that the Facebook CEO himself is a user of the privacy-focused rival app.

Facebook and its subsidiary, Instagram, were found to be the most "invasive" apps for collecting data from users under Apple's app privacy labels. The company has also come under fire from security researchers for collecting and using data from link previews in Facebook Messenger and Instagram in a way that would breach European privacy law.

Facebook has suffered from major data breaches in the past. In 2018, a security vulnerability allowed hackers to steal data on 29 million Facebook users, including personal details about usernames, relationship status, religion, birthdate, location, and more.

Facebook CEO Mark Zuckerberg's own personal information was among the details of 533 million Facebook users that leaked ('https://www.macrumors.com/2021/04/05/facebook-data-535m-users-leaked/') in a data breach, it has emerged.

Ah, ****, what has the poor man done to deserve having third parties gain access to private information for possibly nefarious purpo—OH, right…
Score: 21 Votes (Like | Disagree)

I imagine he’s getting a lot of calls right now.

ArPe
That’s his burner phone anyway because he knows the platform is ?????
Score: 11 Votes (Like | Disagree)

DG808
Poor guy, his private information was leaked and he didn't make a single penny from it. I hope he can financially recover from this.
Score: 10 Votes (Like | Disagree)
Read All Comments

Tuesday January 12, 2021 10:57 am PST by Juli Clover
Facebook is today rolling out an update for its "Access Your Information" tool to make it easier to use and to better explain how data is used, reports TechCrunch. "Access Your Information" provides a detailed look at the information about you that's shared on Facebook. The updated version is organized into eight categories: Your Activity Across Facebook, Personal Information, Friends and...
Read Full Article • 67 comments

Monday April 5, 2021 2:10 am PDT by Tim Hardwick
The personal details of more than 553 million Facebook users have been published on a website for hackers, according to multiple reports over the weekend. The details appeared on Saturday, according to Business Insider, and are also available in 106 different country-based packages, included 32 million records on users in the US, 11 million on users in the UK, and 6 million on users in...
Read Full Article • 70 comments

Wednesday January 27, 2021 3:39 pm PST by Juli Clover
Facebook today shared its earnings for the fourth quarter of 2020, and Facebook CEO Mark Zuckerberg's opening remarks were focused on Apple's upcoming anti-tracking privacy changes that will impact the advertising industry and companies like Facebook that rely heavily on online advertising. As highlighted by The Washington Post, Zuckerberg claimed that Apple is changing its privacy policy...
Read Full Article • 215 comments

Friday January 21, 2022 6:11 am PST by Hartley Charlton
Following months of bleak news about Peloton's "precarious state," including the revelation that it has halted production of its bikes and treadmills, Apple is being floated as a potential buyer of Peloton's troubled fitness business. Yesterday, CNBC reported that Peloton will temporarily stop production of its connected fitness products due to a "significant reduction" in consumer demand, a ...
Read Full Article • 336 comments

Sunday January 23, 2022 2:59 am PST by Tim Hardwick
Apple has always emphasized the depth of thought that goes into the design of its products. In the foreword to Designed by Apple in California, a photo book released by the company in 2016, Jony Ive explains how Apple strives "to define objects that appear effortless" and "so simple, coherent and inevitable that there could be no rational alternative." But every once in a while even Apple...
Read Full Article • 364 comments

Sunday January 23, 2022 10:32 am PST by Juli Clover
Apple is working on a number of new products that are set to launch this fall, and Bloomberg's Mark Gurman says that it will be "the widest array" of new devices that Apple has introduced in its history. In his latest "Power On" newsletter, Gurman explains that Apple is working on four new iPhones (5G iPhone SE, iPhone 14, iPhone 14 Pro, and iPhone 14 Pro Max), an updated low-end MacBook Pro,...
Read Full Article • 205 comments