ProtonVPN, a popular VPN choice for iOS users, claims that Apple is blocking "important updates" to its iOS app following a United Nations recommendation for the app to be used amid an internet crackdown in Myanmar. 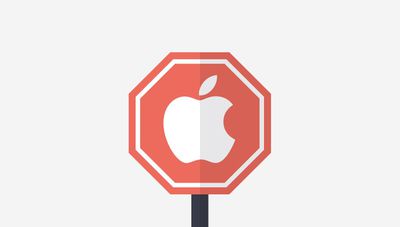 In a blog post today, the app says that Apple is blocking updates for the app due to an excerpt from the app's description. In the App Store, ProtonVPN says:

Whether it is challenging governments, educating the public, or training journalists, we have a long history of helping bring online freedom to more people around the world.

In an email to the developers, Apple says that the app needs to revise the description to exclude any action that "encourages users to bypass geo-restrictions or content limitations." ‌App Store‌ rule 5.4, which outlines policies for VPN apps on the platform, says that all apps must "not violate local laws," and ProtonVPN makes the connection to the current ongoing situation in Myanmar, in which a military-led coup has shut down internet access for millions.

Email from Apple to ProtonVPN regarding update rejection
On March 17, the United Nations advised people to document the ongoing situation as evidence for "crimes against humanity." The UN specifically recommended that users use ProtonMail and/or Signal to share the information. Proton says, however, that users have also turned to ProtonVPN.

ProtonMail is not the only Proton app being used by activists and protesters in Myanmar. For the past month, the Myanmar military has forced the national telecom companies to regularly shut down the internet and block access to social media to prevent damaging evidence from getting out.

The people of Myanmar have also turned to ProtonVPN to get around these internet blocks, seek accurate news to stay safe, and report on the killings. In the days immediately after the coup, the sign-ups for ProtonVPN in Myanmar spiked to 250 times the previous average daily rate.

Apple claims that one reason for rejection is the reference to "challenging governments" in its description. It's not clear when the app decided to add that excerpt, as the app has received plenty of app updates in the past without any rejections. It is plausible that the app added the description as part of a recent update, triggering Apple's rejection, which just so happens to line up with the situation in Myanmar.

We've reached out to Apple to clarify the situation and we'll update the article if we hear back.

Update: Proton has informed MacRumors that the excerpt in its app description on the ‌App Store‌, which triggered Apple's rejection, has been in place "for months," without any prior issue. Proton says the rejection "came completely out of the blue."

kennyt72
Do Apple know what a military coup is?
Score: 19 Votes (Like | Disagree)

Seems like it would be a lot easier to remove two words from the app description than to raise public awareness and hope that Apple will cave. Better yet, remove the two offending words AND let everyone know why you did it. That way the people who need this vital tool can have it in their hands while we settle the politics.

“Whether it is challenging governments, educating the public, or training journalists”

I’m sorry but what about any of that implies illegal activity, thus violating Apple’s terms? That app is going to do what it is going to do regardless of how it is described, so if Apple feels the usage of it would violate the law then they need to just deny it and all such VPN apps outright. Apple would never do that, however, as it would forever tarnish their “looking out for the little guy/we protect privacy and freedom” image.

Let’s not beat around the bush here, we know why Apple is doing this, and it’s wrong. There is going to be backlash, and they deserve every bit of it for trying to have it both ways: champion of digital freedom while simultaneously immune to legal action.
Score: 18 Votes (Like | Disagree)

gavroche
I’ve already been very disappointed with Apples actions and statements about political issues here in the US. And while they talk like they care so much about civil rights and doing right, they most certainly turn a blind eye to China’s actions. Now this here is just more evidence of them picking sides. Here in the US, they were all for and supportive of protest on one side of the political spectrum, but surpressed opposing viewpoints, and apps used for communication. It’s getting harder for me to want to stay with them.
Score: 18 Votes (Like | Disagree)

1258186
The military are not the legitimate government of Myanmar. They are murderers. Their laws should not be respected by anyone.
Score: 11 Votes (Like | Disagree)

I am disappointed if Apple truly means this because I guess when the CCP, or the US's FBI, NSA, CIA, or the European, African, Central/South/North Americas, Asia's governments etc want access to an iPhone's data, Apple will now happily comply. Apple must not "challenge governments". Oh no, that would be awful. Maybe they just need to build in a backdoor in order to make sure they don't "challenge governments". /sarcasm

And since when is "challenging governments" illegal?

Apple: encrypt everything using on device keys so you can't do it. Encourage people to use tools like VPNs when governments (China, Myanmar, Cuba) want to control people and when corporations (e.g. Facebook, Google, Twitter etc) want to track and monitor everyone. Stand for something.

Do Apple know what a military coup is? How does this app challenge the government in Myanmar?

The problem is, this app is available globally and Apple, for better or worse, has agreed to abide by the laws of the countries in which it operates. Many authoritarian countries in which Apple does business wouldn't take kindly to an app Apple is hosting that has a stated purpose of challenging governments.
Score: 9 Votes (Like | Disagree)
Read All Comments