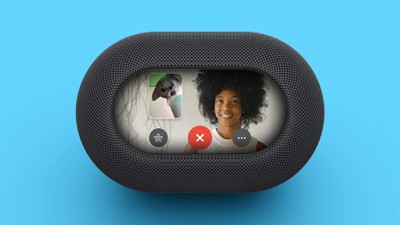 Monday March 22, 2021 8:16 am PDT by Joe Rossignol
In a report today focused on an unactivated temperature/humidity sensor in the HomePod mini, Bloomberg's Mark Gurman briefly mentioned that Apple has "been developing new speakers with screens and cameras." This reporting suggests that Apple could be at least exploring the idea of new HomePod models with a display and camera to compete with the likes of Google's Nest Hub Max, Amazon's Echo...
Read Full Article • 212 comments

Apple 'homeOS' Mentioned in Job Listing Ahead of WWDC

Wednesday June 2, 2021 4:39 am PDT by Hartley Charlton
An Apple job listing has mentioned "homeOS," an otherwise never-before heard of Apple operating system, ahead of WWDC next week. Spotted by developer Javier Lacort, the Apple job listing for a Senior iOS Engineer in Apple Music explicitly mentions "homeOS" on two occasions, alongside Apple's other operating systems including iOS, watchOS, and tvOS.You'll get to work with system engineers...
Read Full Article • 94 comments

Monday May 24, 2021 10:06 am PDT by Juli Clover
Apple today released tvOS 14.6, the sixth update to the tvOS 14 operating system that was released in September 2020. tvOS 14.6 comes a month after the release of tvOS 14.5, an update that added a new Color Balance feature and support for the latest gaming controllers. tvOS 14.6, which is a free update, can be downloaded over the air through the Settings app on the Apple TV by going to...
Read Full Article • 63 comments

Monday April 12, 2021 3:32 am PDT by Tim Hardwick
Apple is working on a combined Apple TV with HomePod speaker that has a camera for video calls through a connected television set, according to Bloomberg's Mark Gurman. From the report: The company is working on a product that would combine an Apple TV set-top box with a HomePod speaker and include a camera for video conferencing through a connected TV and other smart-home functions,...
Read Full Article • 187 comments

Tuesday February 2, 2021 7:03 am PST by Hartley Charlton
After the success of the HomePod mini, Apple is reportedly mulling over offering a new, mid-range HomePod model that would sit between the original HomePod and the HomePod mini. Apple currently offers two HomePod models. One is the $299 HomePod, with seven tweeters, a four-inch woofer, six microphones, and the iPhone 6's A8 chip. The other is the $99 HomePod mini, which features a single...
Read Full Article