Due to the impacts on Samsung's production of OLED displays as a result of a global chip shortage, iPhone production could be facing disruptions, according to Nikkei Asia. 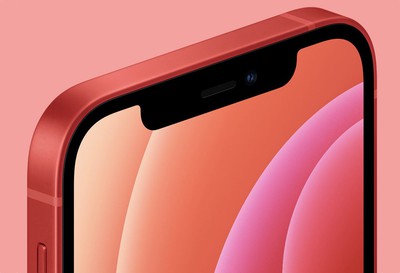 Last month, Samsung was forced to shut down its chip fabrication plant in Texas due to large winter storms. The plant is responsible for 5% of the global supply of chips for smartphones and personal computers, and its closure has caused a widespread global shortage. The plant makes chips for Samsung OLED displays, which Apple uses for the ‌iPhone‌.

The supply crunch hitting Qualcomm will affect a wide range of smartphone makers that rely on the company for key components. Apple, which procures OLED panels from Samsung, could also face disruptions in ‌iPhone‌ production.

The report doesn't elaborate on the specifics, including which ‌iPhone‌ models would be impacted or the length of the aforementioned disruptions. Last year, due to the global health crisis, Apple suppliers were forced to close factories in China and elsewhere around the world. The closures led to the delayed launch of the iPhone 12 in October, which typically happens in September.

Apple analyst Ming-Chi Kuo says, however, that the 2021 ‌iPhone‌ should be expected in September, specifically saying that Apple suppliers are poised to begin mass production within Apple's usual summer timeframe. Reports last year indicated mass production for the ‌iPhone 12‌ series did not begin until September.

now i see it
Hopefully the entire OLED supply chain comes to a stop — and the iPhone returns to LCD. Can't wait for OLED tech to become extinct forever.
Score: 5 Votes (Like | Disagree)

Kylo83
Could you imagine if 120hz can been delayed a year because they can’t get the screens arghhh
Score: 5 Votes (Like | Disagree)

JoshuaBru
What are everyone’s thoughts on this idea...they skip an entire year and the 2022 iPhone has two years worth of updated specs?
Score: 5 Votes (Like | Disagree)

I’m hoping iPhone 12S or 13 does not get delayed. Not waiting till November this year come on now.

Trust me... You’ll wait Lol. Everyone always does.
Score: 5 Votes (Like | Disagree)

Wrong, mini LEDs have zones that can be on or off. The number of zones is currently in the thousands for some TVs which isn’t a huge number but it’s increasing as the technology is refined.

[USER=1163518]@-DMN-[/USER] isn't wrong. miniLED is backlighting technology. Yes it does have dimmable FALD zones, but those zones can't compare to the per pixel dimming of OLED. miniLED still suffers from localized blooming as well. To get image retention and ghosting on OLED now you'd basically have to be intentionally trying to created it. Mitigation techniques like pixel shifting and variable refresh rate have been employed for a while.

You are right that miniLED will continue to be refined. But it's not like OLED will remain in a static state of development. It's going to be refined as well. They'll both improve.
Score: 4 Votes (Like | Disagree)
Read All Comments