Apple produced 77.6 million iPhones units in the fourth quarter of 2020, 69.8 million of which were iPhone 12 models, helping the company overtake Samsung to become the top global smartphone brand, according to TrendForce. 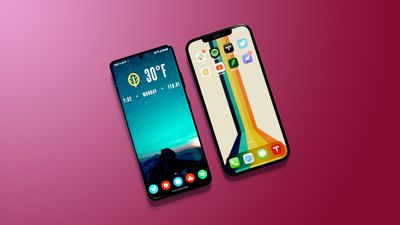 The analysts' latest report says Apple sold 10 million more phones than its biggest rival over the quarter, with Samsung selling 67 million phones, a quarter-on-quarter decline of 14%. By contrast, Apple recorded an 85% increase QoQ, driven in part by Apple's support for 5G across its latest smartphone lineup and its adoption of an aggressive pricing strategy.

Even though the share of high-end models in global smartphone sales shrank in 2020 due to the COVID-19 pandemic, Apple was able to push through the headwinds and capture market share by introducing 5G models and adopting an aggressive pricing strategy. Apple produced 77.6 million units of iPhones in 4Q20, an 85% increase QoQ, thereby overtaking Samsung and ranking first amongst all smartphone brands. It should also be pointed out that iPhone 12 devices accounted for about 90% of the iPhone production in 4Q20.

To that end, sales of ‌iPhone 12‌ devices are likely to remain strong in the first quarter of 2021, and total iPhone production are expected to reach 54 million units, with ‌iPhone 12‌ models again accounting for about 80% of this figure.

Despite Samsung losing ground on Apple in the last quarter, TrendForce expects Samsung to top the global smartphone production ranking for the whole of 2021, thanks to its new flagship Galaxy S21 lineup and the adoption of promotional pricing to boost sales of its latest high-end devices.

However, the analysts believe Samsung's ability to retain the leadership position will prove increasingly challenging as it continues to lose market share to Chinese brands like Oppo and Xiaomi, which have risen rapidly over the past few years thanks to devices that boast better price-performance ratio compared to Samsung's offerings.

Today's report lines up with the latest data gathered by Gartner, which found that Apple overtook Samsung to become the largest smartphone vendor worldwide in the fourth quarter of 2020, a feat not achieved by Apple since 2016.

It has been postulated here that apple is not Samsung’s direct competitor, but other android manufacturers are. Seems like this is a truism.

That's really always been the case. A customer decides iOS or Android. If it's iOS then it's over. Regardless of the model decision, all the revenue flows into the same coffers. If it's Android then the competition actually begins. Rivals exist at the budget, mid tier, and high end categories. Rarely is Samsung the cheapest option in any of those categories.

I7guy
It has been postulated here that apple is not Samsung’s direct competitor, but other android manufacturers are. Seems like this is a truism.
Score: 4 Votes (Like | Disagree)

Apple against everyone and apple won and will continue to win, the anti American Samsung fans just won't give up.
It is kind of funny, if they put their anger towards Samsung and not apple maybe they would get results, all these Samsung fans call out Tim Cook what about the ceo of Samsung, the guy has been napping for 3 years

The choice of a commodity electronic device is a factor in a person's patriotism? o_O Bruh...

And then in the first quarter when new Samsung Sxx comes out it'll be Samsung again as the newest iPhone model is old by then. But Q4 it'll be the other way around as the iPhone will be new and the flagship Samsung old.

rinse and repeat. Another 'news'

a feat not achieved by Apple since 2016.

That's really always been the case. A customer decides iOS or Android. If it's iOS then it's over. Regardless of the model decision, all the revenue flows into the same coffers. If it's Android then the competition actually begins. Rivals exist at the budget, mid tier, and high end categories. Rarely is Samsung the cheapest option in any of those categories.

That's mostly true, but there are still a decent amount of customers who only rely on 3rd party apps or google services, which work very well on both iOS and Android. They have the freedom to select a high end Android or an iPhone. I personally know some people who have switched over back and forth depending on the price and hardware design over the years.
Score: 2 Votes (Like | Disagree)
Read All Comments