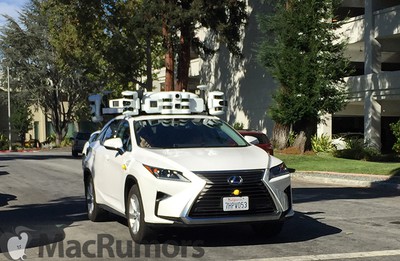 All companies that are testing self-driving vehicles in California are required to file annual disengagement reports providing details on how many times a vehicle disengages and gives control back to the safety driver, or the number of times a safety driver in the vehicle takes over.

Companies must also report total mileage covered by self-driving cars and provide details on any accidents when they occur, but Apple hasn't had a recent accident. The last collision an Apple vehicle experienced was in 2019.

Apple has been testing its self-driving software since early 2017 using Lexus RX450h SUVs outfitted with a host of sensors and cameras as it works on Apple Car hardware. All of the vehicles are piloted by a pair of drivers at all times even when in autonomous driving mode

Tesla has billions of miles of Autopilot.

Self driving cars are awesome. They're literally gonna save thousands of lives each year.

100% agree. On average 50k a year die in auto crashes. 50k! Who knows how many countless life altering injuries too. We need to get humans and human error OUT from behind the wheel ASAP. Let’s get it done Apple.
Score: 6 Votes (Like | Disagree)

motulist
Self driving cars are awesome. They're literally gonna save thousands of lives each year.
Score: 5 Votes (Like | Disagree)

So they want to build a car without a steering wheel ('https://venturebeat.com/2021/02/09/apples-self-driving-car-strategy-may-be-stuck-in-neutral/') but their current technology needs help every 144 miles?

144 miles isn't all that bad when you consider most, if not all, of those miles are urban driving, not highway. And neural networks can't learn unless they're making mistakes.

One could argue that "better" disengagement stats mean they're not pushing the technology hard enough.
Score: 4 Votes (Like | Disagree)

now i see it
"Disengagement" every 144 miles = death or severe injuries every 144 miles for those pretending the vehicle has autopilot as they're playing with their iPhone in their lap.

There's nothing Self Driving about these cars except the name.
Score: 4 Votes (Like | Disagree)

farewelwilliams
Tesla has billions of miles of Autopilot.
Score: 4 Votes (Like | Disagree)
Read All Comments