Apple is offering up to a five-month free trial of Apple Music to new users of the streaming service, in a unique partnership with country music singer Dolly Parton. 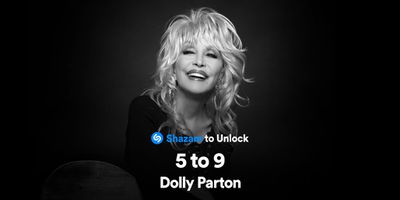 Like previous Apple Music promotions, the offer is linked to Apple-owned Shazam, but this time with a difference. Viewers of yesterday's Super Bowl were invited to use Shazam to identify a Parton song played in a commercial to unlock the offer.

The song "5 to 9," a new spin on her hit classic "9 to 5," was played as part of a Super Bowl commercial for Squarespace. Parton posted details of the promotion on her Twitter account.

Users who missed the opportunity to Shazam the commercial can still take advantage of the free trial by following the link included in Parton's tweet.

.@Shazam #5to9 during tonight’s #SuperBowl to unlock a special surprise! You can also get up to 5 months of @AppleMusic free if you're a new subscriber ❤️ https://t.co/Vj5KuzZ0xo pic.twitter.com/8g0oiDpQuW — Dolly Parton (@DollyParton) February 7, 2021

Apple usually offers up to a three-month free trial of ‌Apple Music‌ to users who haven't subscribed to the service before, so this latest promotion represents one of its better deals. According to Apple, the promotional codes for this offer expire on March 31, 2021.

If after activating the deal you're not convinced, you can cancel your ‌Apple Music‌ subscription without losing your access to the service for the duration of the trial.

Shazam is a free download from the App Store [Direct Link].

Apple_Robert
That is a very good trial period. And in my opinion, Apple Music is worth the price.
Score: 10 Votes (Like | Disagree)

To be fair, this of all crimes is pretty much a victimless one. Apple is sitting on cash reserves

So it’s ok to swindle someone when they have cash in their wallet?
Score: 3 Votes (Like | Disagree)

Dolly Parton never ages. I just can’t figure out why......

Great trick I use is making a new AppleID and activate a trial and then add the new user to my family sharing group. You can almost have infinite free trials this way. When the trial expires remove the user and repeat with a new promo.

I suppose you think shoplifting is fine too? This mindset is the reason prices are not lower. Cheating hurts everyone.
Score: 3 Votes (Like | Disagree)

Analog Kid
I’m not much of a country music fan, but it‘s really hard to get Jolene out of my head when I hear it. She strikes me as among the few truly warm hearted people to reach her level of success.

Dolly Parton never ages. I just can’t figure out why......

To quote Dolly herself, “It costs me a lot of money to look this cheap!”

I love Dolly which is why I own her music.

Apple should work on improving their products so they don't have to keep giving them away.

I think Apple having 72+ million subscribers is pretty good. With this being early in the year and many people got new phones, it makes sense for Apple to remind new owners about Apple Music.
Score: 3 Votes (Like | Disagree)
Read All Comments