Google has announced that it intends to unify its Google Drive solutions for keeping files in sync on users' desktops. 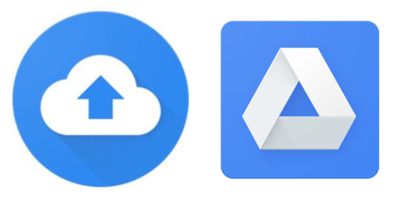 Currently there are two desktop sync solutions for using Google Drive – Drive File Stream, which is for business users, and Backup and Sync, which is designed for personal use.

Later this year, these two clients will become one: Google Drive for desktop. Google explains that for Drive File Stream users, this is just a name change, and all functionality will remain the same.

For Backup and Sync users, they will essentially be using Drive File Stream in all but name, except with the features they're used to incorporated into the one client.

The reason for the change is that some Google Workspace customers have deployed both sync solutions, which can be confusing for end users and challenging for IT departments to manage.

As of version 45, Drive File Stream is known as Google Drive for desktop, and the company will give three months' notice for Google Workspace admins and end users before the deadline to transition to Drive for desktop.

Google Workspace customers with end users who are currently using Backup and Sync can apply for a beta of the new unified Drive for desktop experience, which includes Backup and Sync features.

Squuiid
They should never have split it in the first place. It was a dumb, shortsighted decision which only served to confuse users and add more work for admins.
Score: 17 Votes (Like | Disagree)

How many different apps does this need Google? Isn’t this like the 4th or 5th one?

It's quite simple, really. They had Google Docs, where you stored all your files, then they decided that should only refer to their web-based text documents, with other files now under Google Drive. Then they released the Google Drive desktop client, renamed it to Google Backup & Sync, released Google Drive File Stream with slightly different features for slightly different accounts, and are now renaming Google Drive File Stream to just Google Drive and merging Google Backup & Sync (the old Drive) into the new Drive. I look forward to next year, when they rename it all back to Google Documents and use the Google Drive name for their self-driving cars.
Score: 6 Votes (Like | Disagree)

Apple Knowledge Navigator
Great decision! It confuses just about everyone at my workplace.
Score: 6 Votes (Like | Disagree)

barnaby117
I saw the update yesterday, too. It’s not a great app, though. Has Google ever made a good app for macOS?
Score: 5 Votes (Like | Disagree)

evatar
That's crazy this was announced today as I spent more than a half hour wasting my time with their idiotic tech support trying to get my GoogleDrive to sync again via the desktop app. I really don't understand that company. They create pretty impressive apps and get them about 90% there and then just walk away. But that final 10% of development is, like, what makes the app *useable*. So strange how they run their company.
Score: 4 Votes (Like | Disagree)

Tuesday October 4, 2022 3:30 am PDT by Hartley Charlton
The European Parliament today voted overwhelmingly in favor of enforcing USB-C as a common charging port across a wide range of consumer electronic devices, including the iPhone and AirPods, by the end of 2024. The proposal, known as a directive, forces all consumer electronics manufacturers who sell their products in Europe to ensure that a wide range of devices feature a USB-C port. This...
Read Full Article • 323 comments