Apple bucked a trend as falling global smartphone shipments in 2020 by increasing its shipment rate by over 10% compared to the previous year, claims a new report. 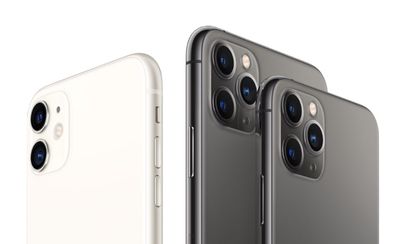 According to DigiTimes Research, global smartphone shipments suffered an overall 8.8% decline to 1.24 billion units last year, due in part to the crippling effects of the health crisis.

Despite that, however, worldwide shipments of 5G-enabled smartphones reached as high as 280-300 million units in 2020, up from the 20 million units shipped a year earlier, indicating a surge in demand for the faster data speed.

Samsung and Huawei felt the impact worst over the course of the year, both seeing their shipments dip by a double-digit rate. Out of the top six smartphone brands in 2020, only Apple and Xiaomi managed to ramp up their shipments compared to 2019.

According to research conducted by Omdia, Apple's iPhone 11 was the most-shipped smartphone in the first half of 2020 and was the single most popular handset last year. Apple shipped an estimated 37.7 million ‌‌iPhone‌ 11‌ units in 2020 – 10.8 million more units than last year's top-selling model, the ‌iPhone‌ XR.

arrowmouse
I doubt 5G is a selling feature for most, people are just buying the latest phones which happen to have it rather than it "indicating a surge in demand for the faster data speed". My LTE is already >150Mbps. 3G enabled mobile web, 4G gave us HD video/large games, seems 5G is more of a backend update that won't have many new consumer features.
Score: 2 Votes (Like | Disagree)

No u missed it. Apple “bucked” the Pan Demic. Smartphone shipments dropped because of the pan but Apple STILL was able to grow sales
Score: 2 Votes (Like | Disagree)

of course...iphone SE, iphone mini, a lot of discounts....iphones everywhere at every prince point now

at a guess I don't think the SE and mini is why it's up to much to be honest.
Score: 1 Votes (Like | Disagree)

You didn’t read the article.
Score: 1 Votes (Like | Disagree)
Read All Comments