Apple has reached an agreement to bring support for the Paris Metro system's Smart Navigo cards to Wallet, allowing users to roam Parisian public transport with just an iPhone or Apple Watch, according to a Le Parisien report. 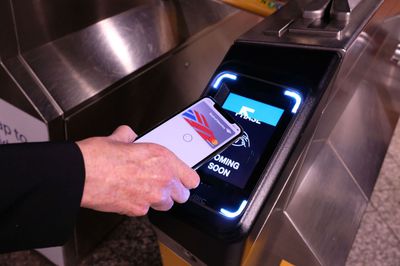 After talks with Île-de-France-Mobilités, France's transport authority that coordinates the different transport companies operating in Paris, Apple is said to have reached an agreement for the Paris transport network's Smart Navigo card to work on ‌iPhone‌ or Apple Watch, including buses and the metro system, from February 2021. Neither Apple or Île-de-France-Mobilités has confirmed this as of yet.

Smart Navigo, the city's digital mobile transit card, was launched in September 2019, but its success was mired by the need for direct secure authentication with reader gates. This is also why Apple Pay cannot currently be implemented to pay for travel on readers, since it would skirt Navigo's authentication.

Smart Navigo currently works on some Android smartphones with chips for secure authentication and NFC, but it has reportedly been unable to work on iPhones due to Apple's ring-fencing of the Secure Enclave and NFC, which would provide the necessary authentication and transmission of data.

From February, users will apparently be able to add a Smart Navigo card to Apple Wallet, enabling an ‌iPhone‌ or Apple Watch to facilitate travel throughout the city. Users will also be able to pre-pay for metro tickets with ‌Apple Pay‌, including a weekly or monthly pass, and add it to their Navigo card in Wallet. It is also said to support Apple's Express Transit Mode.

There have been reports that the need for secure authentication with Smart Navigo will be eliminated at some point in 2021, allowing ‌Apple Pay‌ to be used directly to traverse public transport networks as it does in London or New York, the latter of which recently completed its rollout of ‌Apple Pay‌ support.

NavySilver
That is great news! The Navigo is definitely among the most quixotic transit payment systems I've used. I had to glue a photo of me and sign off my name on the card, otherwise even if I did pay the fare I'll be fined if caught. This should eliminate that inconvenience.

Not sure if Navigo's odd reload-at-the-beginning-of-each-month-only rule still applies though...
Score: 2 Votes (Like | Disagree)

1800AirTAG
It still blows my mind how so much of the US adopted this, overseas has and is adopting this, yet the bloody BART and BA Metro, home to Apple, are still living on bloody clipper cards with no sign of upgrading.
Score: 1 Votes (Like | Disagree)

My favorite thing to collect in my college years traveling was all the metro cards from various cities kind of sad to know my kids probably wont be able to do the same. Then again I love the ease of use.

same here. i also have a shoebox full of nyc metro cards. thinking they will make a nice wall decoration :)
Score: 1 Votes (Like | Disagree)

Airforcekid
My favorite thing to collect in my college years traveling was all the metro cards from various cities kind of sad to know my kids probably wont be able to do the same. Then again I love the ease of use.
Score: 1 Votes (Like | Disagree)
Read All Comments