Apple is researching the integration of multiple inductive charging coils into MacBooks and iPads to use them as wireless chargers for other devices, according to a patent filed by Apple.

The patent, spotted by Patently Apple, is titled "Inductive charging between electronic devices" and was awarded by the U.S. Patent and Trademark Office.

Apple has been researching device-to-device inductive charging technology since March 2016, when the now-granted patents around it were first filed. It is notable that Apple seems to be particularly interested in this area, filing for multiple patents relating to the technology, and it has now applied for 40 new claims.

This patent highlights how all mobile Apple devices, including Apple Watches, iPhones, iPads, and MacBooks, could use an ecosystem of wireless charging together. Images included in the patent present a significant number of different coil placements for a range of portable Apple devices to facilitate this system.

Apple presents a wide variety of possible implementations for device-to-device wireless charging. For example, the lid of a MacBook could contain a series of upward-facing inductive coils, allowing devices to charge by being rested on top of it. Coils could also be placed on the palm rests and trackpad of a MacBook.

Crucially, the wireless charging system is two-way, with devices able to both receive and transmit power via inductive coils, allowing users to choose which device is charged. It may also be determined automatically by software based on which device has a greater amount of charge.

Apple's proposed strategy seems to be to incorporate carefully-positioned inductive charging coils on every mobile Apple device. For example, the patent explains how coils could be placed along both the front and back of an iPad, allowing it to be wirelessly charged from one side while transmitting charge to another device on the other side. The proposed system is heavily interchangeable as a result, with a huge number of device combinations and placements possible.

There is even the suggestion that a collection of Apple devices could be charged together from one power source. An image depicts an Apple Watch charging from an iPhone, the ‌iPhone‌ from an ‌iPad‌, the ‌iPad‌ from a MacBook, and the MacBook from a power cable. Text accompanying the image states "only a single power cord or no power cords may be needed to charge one or more of a group of devices that include electrically communicative inductive coils."

Apple has also considered an assortment of software integrations for the device-to-device wireless charging system. When a smaller device is placed on the display of a larger device, such as an Apple Watch on the front of an ‌iPad‌, the ‌iPad‌'s display could indicate its "alignment condition" and charge percentage.

Another more inventive software integration proposes that, if the screen of an ‌iPad‌ is obstructed by charging an ‌iPhone‌ on it, the ‌iPad‌'s UI could adjust to only display content on the unobstructed part of the screen. There are also provisions for scenarios in which the ‌iPhone‌ could be used to display the content that has been obstructed on the ‌iPad‌'s screen, such as a row of home screen apps.

The patent also repeatedly refers to a system of magnets that could be used to align devices to each other for charging, which seems to be strikingly similar to Apple's MagSafe system which premiered with the iPhone 12 lineup.

The patent implies that this magnetic alignment system could be used on any of its portable devices to support a better experience when charging wirelessly, and it would certainly make sense to expand ‌MagSafe‌ or a MagSafe-like system to more devices to support this ecosystem of device-to-device inductive charging. ‌MagSafe‌ is only available on the ‌iPhone 12‌ and iPhone 12 Pro at present.

Should Apple integrate the proposed technology, it would create a unified system of wireless charging across all portable Apple devices. The device-to-device inductive charging system seems feasible and would help Apple to synthesize its otherwise fragmented range of charging methods, but it is not clear how Apple would address the inevitable thermal, penetration, or efficiency issues it would cause.

The arrival of ‌MagSafe‌ charging on the ‌iPhone 12‌ demonstrates Apple's interest in wireless charging solutions, and the depth of the company's research shows how thoroughly such systems are being considered. In spite of this, patents can only serve as proof of what Apple is researching. They do not necessarily indicate what the company may implement and the contents of many patents never reach final consumer products.

Mdracer
Great, now I wont be able to use my laptop whilst I charge my watch and phone because they are placed where my palms need to be. :)
Score: 13 Votes (Like | Disagree)

That won't be a laptop... that will be a lap incinerator.

First thing that popped into my mind.

I commend Apple for researching something innovative like this, but the veritable matryoshka dolls of devices all charging through and within each other gives me pause right now.

AngerDanger
People in colder climates would love these!
Score: 10 Votes (Like | Disagree)

contacos
Imagine how slow that must be and so you suck one device dry to charge another?
Score: 7 Votes (Like | Disagree) 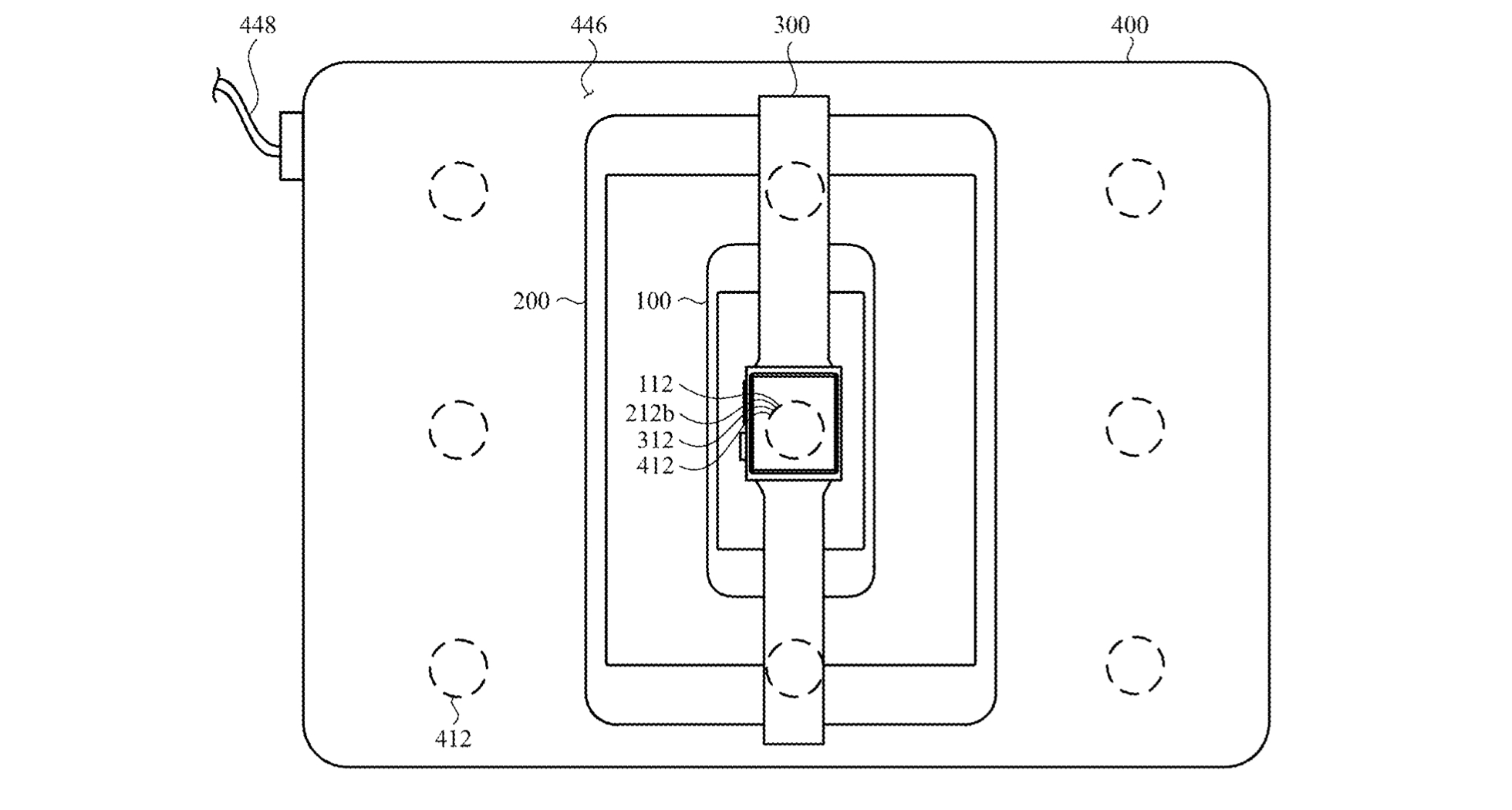 If Apple wasn't so stupid and just included USB-C in their missing device (iPhone) they could solve this issue easily by just charging whatever device with the same cable. Imagine how great and fast that would be, even with less heat killing your battery!
Score: 7 Votes (Like | Disagree)
Read All Comments

Friday January 15, 2021 6:17 am PST by Hartley Charlton
Incoming Intel CEO Pat Gelsinger has said that the company must "deliver better products" than Apple, which he described as a "lifestyle company," and says that Intel's best days are "in front of it" (via The Oregonian). Speaking at an Intel all-hands meeting yesterday, Gelsinger derisively implied that Apple is merely a "lifestyle company," so Intel must be able to surpass its technology: ...
Read Full Article • 328 comments

Friday January 15, 2021 10:23 am PST by Juli Clover
Apple is developing two versions of the Mac Pro to succeed the Mac Pro that was first released in December 2019, according to a new report from Bloomberg. The first updated Mac Pro is a direct successor to the current Mac Pro and it will use the same design. It may also be equipped with Intel processors rather than Apple silicon chips, and it could be one of the sole machines in the Mac...
Read Full Article • 247 comments