Apple's third-generation AirPods, which are expected to adopt the AirPods Pro design but lack noise-cancelling and transparency features, will launch in the first half of next year for around $200, claims a new report from TheElec today. 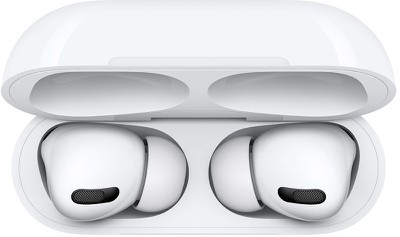 Not for the first time in the rumor sphere, today's report refers to the earbuds as a "Lite" version of the ‌AirPods Pro‌, but TheElec additionally suggests they will be priced "20% cheaper" than the $249 ‌AirPods Pro‌, which would put them around the $200 price point.

Apple will launch a Lite version of its Airpods Pro wireless earphones without noise canceling feature in the first half of 2021, TheElec has learned.

A person familiar with the matter said the Lite version will be priced 20% cheaper than the normal Airpods Pro which has noise canceling tech.

This is the same price as the current second-generation ‌AirPods‌ with Wireless Charging Case, suggesting the new model would replace them. If so, Apple's ‌AirPods‌ lineup would adopt the ‌AirPods Pro‌ design signature across the board – or at least until Apple releases its second-generation ‌AirPods Pro‌, which could look more like Samsung's Galaxy Buds, according to Bloomberg.

Rumors that Apple is working on third-generation ‌AirPods‌ for launch in the first half of next year first surfaced in April 2020 in a note to investors by Apple analyst Ming-Chi Kuo.

Kuo said the new ‌‌‌AirPods‌‌‌ will adopt the system-in-package (SiP) used for the ‌‌AirPods Pro‌‌‌‌, and later suggested this will allow for a form factor similar to the ‌AirPods Pro‌, featuring a shorter stem and replaceable ear tips. Kuo also said battery life could be improved, and a lack of noise cancelation features would make the ‌AirPods‌ 3 more affordable.

A South Korean supplier is developing the ‌AirPods‌' new SiP used for the H1 chip, which is said to be a "simple square shape," in contrast to the ‌AirPods Pro‌ SiP, which is "round-shaped like a mouse," according to TheElec. The supplier will go through Apple's quality review within the year and begin mass production next year, the report adds.

Ultralight_backpacker
I tested the AirPod Pro & it’s a crap device that is limited to 250kbps sound latency. Terrible for humanity for Apple to impose these devices and take away the 3.5mm jack.

I used the Shure SE535 with the BT2 Bluetooth 5.0 connector and even though it is capped at 250kbps the sound spectrum is wider and has much more engaging highs & mids along with better bass as well. I can slip the SE846 on there, but I keep those on pure silver custom cables playing 6,000kbps Vinyl tracks only.

All people who use AirPods, AirPod Pros & the new Pro Max have been brainwashed by Apple’s marketing department to believe 250 is a bigger number than 320.

Even the 3.5mm Apple Headphones have a greater sound spectrum that the AirPod Pro does. Other than Pornography, these devices are the biggest scourge in all of humanity. They are the catalyst for communism, and forced indoctrination on the masses of low quality audio packaged as being superior. The original iPod that Steve Jobs created has better sound than the iPhone 12 Pro...& I’ve tested it.

We will not be genocided out of existence. Humanity deserves to have good audio, and Apple has become the machine from the 1984 commercial. I am here to throw a sledgehammer into their screen and wake people up!!

However I believe it is too late, and too many have given into deviancy and have turned their back on the creator. So I’ll climb the tallest mountains in the world and when I’m at the top I’ll look up and think about the satellites which imprison all of you peasants on the ground below into never being able to achieve your goals in life and being enslaved to 250kbps audio and living in audio hell for all of eternity with Bluetooth audio.

Terrible for humanity for Apple to impose these devices and take away the 3.5mm jack.

It's almost as if the point of AirPods is to be completely wireless...
Score: 22 Votes (Like | Disagree)

deevey
Anyone that has problems with wearing true in-ears is going to be mighty pissed.

Regular AirPods were just about last best sounding and most comfortable no-so-in-ear-in-ear wireless headphones out there.

My wife is not impressed at all. She simply can't do on-head, or in-ears.

If I was in the market for AirPods though, $50 doesn't sound like enough incentive to go with a "lite" version of the pro's
Score: 19 Votes (Like | Disagree)

So unless Apple offers the original design again I won't ever be an airpods customer again. Pity.
Score: 18 Votes (Like | Disagree)

Sethal
Well, if that’s the case I might as well just replace my first gen with the second gen when they’re on sale for cheap again. $200 is too much, was hoping they’d be the same price as second gen or even cheaper. Should’ve known better.
Score: 10 Votes (Like | Disagree)
Read All Comments

Wednesday July 22, 2020 2:32 am PDT by Tim Hardwick
Apple will launch a next-generation version of AirPods Pro in the second half of next year, according to a new report today. According to DigiTimes' sources, at least some of the next-gen AirPods Pro models will be assembled by Inventec Appliances in Vietnam, with current generation AirPods Pro manufacturers Luxshare and GoerTek also taking a share. Apple analyst Ming-Chi Kuo, who often...
Read Full Article • 52 comments

Thursday November 5, 2020 2:20 am PST by Hartley Charlton
Leaker known as "DuanRui" has today shared images from Chinese site 52audio of what appears to be redesigned third-generation AirPods. According to translated text that accompanied the images, the first image supposedly depicts a single "earphone shell" and the "charging cockpit shell." The earbud itself seems to be completely redesigned compared to the first and second-generation AirPods, ...
Read Full Article • 46 comments

Monday August 31, 2020 8:37 am PDT by Eric Slivka
Apple's third-generation AirPods have once again been rumored to be launching in the first half of 2021, according to DigiTimes. The claim comes in a paywalled preview of an upcoming report indicating that Apple's supply chain partner Inventec will only account for 20% or less of assembly orders for the new model. Apple has multiple assembly partners for its AirPods in addition to Inventec,...
Read Full Article • 14 comments

Monday March 1, 2021 5:46 am PST by Mitchel Broussard
Woot is back with a solid discount on Apple's AirPods Pro, which are available for $189.99, down from $249.00. This is one of the lowest ongoing prices that we have tracked for the AirPods Pro, and they're beating Amazon's current sale by $10. Note: MacRumors is an affiliate partner with Woot. When you click a link and make a purchase, we may receive a small payment, which helps us keep the...
Read Full Article • 3 comments