Apple is working on third-generation AirPods that will go into mass production during the first half of 2021, Apple analyst Ming-Chi Kuo said in a note to investors today. 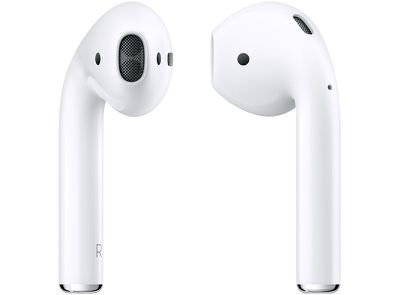 Kuo's prediction is somewhat confusing because there have been rumors of an AirPods update coming in 2020, while he suggests no new AirPods are coming until 2021. Leaker Jon Prosser, for example recently said that third-generation AirPods are ready to launch anytime.

There have also been rumors that Apple is working on set of ‌AirPods Pro‌ without Active Noise Cancellation that will feature the ‌AirPods Pro‌ design at a lower price point, but Kuo does not mention these earbuds.

He does, however, say that the market is expecting a new AirPods model in the second half of 2020, but that this is more likely to be a new set of Beats instead of a new set of AirPods, so it's possible all of the "‌AirPods Pro‌ Lite" rumors are referencing new headphones in the Beats lineup.

I know I'm in the minority, but I actually prefer original AirPods to the Pros. I like the smaller size, the lack of a bulbous in-ear component, being able to quickly tap them with the back of my hand (verses squeezing, which is harder to do with dirty/occupied hands), the lack of the odd vacuum effect, longer battery life, and that I can comfortably lie on my side in bed and wear them.
Score: 25 Votes (Like | Disagree)

zorinlynx
I wonder if the new design will also include the much higher quality button cell batteries from the Airpods Pro.

I'm glad they didn't change the overall shape of the Airpods, though. I've never been able to use "plug" style earbuds; they either hurt or amplify every single sound in my head. They also don't work well unless they have a perfect seal; I find the original Airpod/earpod design doesn't need a perfect seal to work well. If they discontinued that design I wouldn't be able to use them anymore.
Score: 13 Votes (Like | Disagree)

Just a few days ago you said they’d be released next month!!! Get your facts straight please!!!

The key word in Macrumors is rumors
Score: 7 Votes (Like | Disagree)

trifid
Great news, I was concerned they might have been discontinued or would suffer in light of the pros. I bought the pros but returned them.

I love the open design of the originals, it lets me use them all day long without being isolated from my surroundings. And no, the pros' transparency mode is not as good as the original airpods open sound.
Score: 6 Votes (Like | Disagree)

Will someone please translate that.
What will that do, for those who don't own the Airpods 1/2 versions?
Score: 3 Votes (Like | Disagree)
Read All Comments