Two out of four iPhone 13 models set to launch next year (presumably the Pro models) will use OLED displays with low-power LTPO technology, paving the way for a 120Hz refresh rate, according to Korean website The Elec. 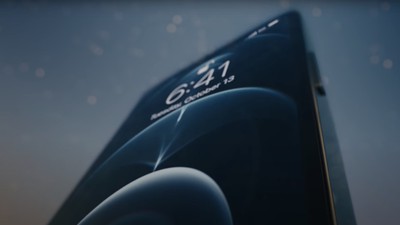 The report claims that Samsung and LG will remain Apple's primary suppliers of OLED displays, which are expected to be used across the entire iPhone 13 lineup, with Chinese manufacturer BOE also aiming to win some orders. The displays are said to be "more technologically sophisticated" to manufacture compared to those used in iPhone 12 models.

LTPO technology would result in a more power efficient backplane, which is responsible for turning individual pixels on and off on the display. In turn, this could allow for a 120Hz refresh rate for more fluid scrolling and smoother motion without causing too much of a hit on battery life. Similar to recent Apple Watch models, LTPO could also enable iPhone 13 models to have an always-on display, and contribute to longer battery life.

While some rumors had suggested that iPhone 12 Pro models would support a 120Hz refresh rate, display industry analyst Ross Young accurately claimed otherwise, noting that the feature will be added alongside LTPO in 2021.

iPad Pro models have supported up to a 120Hz refresh rate since 2017 through a feature called ProMotion, which automatically adjusts the refresh rate depending on the content. A wide variety of Android smartphones now have 120Hz displays as well. If this report proves to be true, at least a few iPhone models will soon follow suit.

GeoStructural
120 Hz display... the one feature I don’t understand the buzz about. I’m sure I would disable it in setting in favor of battery life.

Edit: I have iPad Pro with ProMotion, I have never ever noticed the difference with my previous iPad.
Score: 14 Votes (Like | Disagree)

120 Hz display... the one feature I don’t understand the buzz about.

Yup. That’s why Apple resisted it on smaller devices until they had the right technology at hand. Unlike Android tech-sheet-obsessed OEMs.
Score: 8 Votes (Like | Disagree)

It's such a huge visual enhancement. I use it all the time on my non-apple devices. I run my S20Ultra all day without any battery drainage. I wish my iPhone had it. Especially when rocking two phones.
Score: 7 Votes (Like | Disagree)
Read All Comments

Monday March 1, 2021 7:50 am PST by Joe Rossignol
iPhone 13 models will all feature a smaller notch, while the two Pro models will be equipped with low-power LTPO display technology for a 120Hz refresh rate, analyst Ming-Chi Kuo said today in a research note obtained by MacRumors. Subscribe to the MacRumors YouTube channel for more videos. Several other sources have previously claimed that some iPhone 13 models will support a 120Hz refresh...
Read Full Article • 103 comments

Wednesday January 6, 2021 3:27 am PST by Tim Hardwick
Samsung will be the exclusive supplier of LTPO OLED displays for the "Pro" models in Apple's iPhone 13 lineup later this year, according to TheElec. Apple's rumored adoption of LTPO display technology would allow it to implement a 120Hz refresh rate on the higher end next-generation iPhones, as today's report notes: Samsung Display will be the exclusive supplier used by Apple for organic...
Read Full Article • 83 comments

Monday December 28, 2020 1:44 pm PST by Hartley Charlton
Though the iPhone 12 was long-rumored to come with a 120Hz ProMotion display, the final device did not sport the technology. Now, rumors are indicating that 2021's iPhone 13 lineup may finally introduce the feature, in what could be the next major advancement in display technology on the iPhone. There were multiple rumors ahead of the launch of the iPhone 12 lineup suggesting the high-end...
Read Full Article

Wednesday July 1, 2020 11:29 am PDT by Juli Clover
Apple's iPhone 12 models will not feature an upgraded 120Hz ProMotion display, according to display analyst Ross Young. Young previously said that Apple would not implement ProMotion technology until it adopted low-power LTPO display technology, a move Apple is not expected to make until 2021. In a tweet shared this morning, Young said that the none of his contacts have been able to...
Read Full Article • 130 comments

Monday August 24, 2020 9:03 am PDT by Hartley Charlton
Apple may delay the iPhone 12 Pro launch due to supply chain issues with the 120Hz display, or face cancelling the feature entirely, according to display analyst Ross Young and leaker Jon Prosser. Young explained via a Tweet that Apple is facing supply chain issues with obtaining 120Hz display driver ICs for the iPhone 12 Pro, even though it can get the correct 120Hz panels. Apple would,...
Read Full Article • 200 comments

App Store Not Working? You're Not Alone