Warner Bros will debut all its movie releases next year on the HBO Max streaming service at the same time as their theatrical release dates, reports Variety. 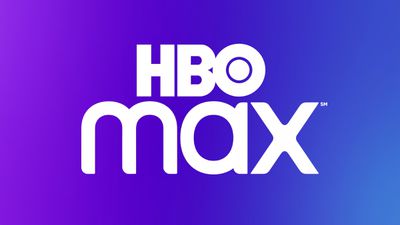 Like "Wonder Woman 1984," which lands on HBO Max for Christmas the same time as it debuts in theaters, the films that Warner Bros plans to release in 2021 will be available to HBO Max subscribers for 31 days.

The list of 17 movies includes "The Matrix 4" and Denis Villeneuve's "Dune" remake, Lin-Manuel Miranda's musical adaptation of "In the Heights," the "Sopranos" prequel "The Many Saints of Newark," and "The Suicide Squad."

After the one-month mark, those movies will continue to play in theaters until they reach the traditional home entertainment frame, after which people will be able to rent them through online platforms like Amazon, iTunes, and Google Play.

WarnerMedia chair and CEO Ann Sarnoff referred to the model as a "unique one-year plan." Executives at the company say the initiative isn't expected to continue beyond 2021, but is being considered a temporary solution in response to the ongoing global heath crisis.

The decision highlights the hardship facing movie theaters and the increasing importance of streaming services in the midst of the pandemic, and upends the longstanding business model in the commercial cinema industry of observing a significant period of theatrical exclusivity.

Theater chains usually want to attract audiences for as long as possible before they have the option to stream movies at home, with some requiring a 90-day period of exclusivity before movies go to home streaming services.

It remains unclear whether the 17 movies will still be eligible for awards. The traditional theatrical release plan is a proven route to eligibility, since film awards typically require a theatrical run for their candidates.

HBO Max is owned by Warner Bros' ultimate parent company, AT&T. The service costs $14.99 and is available as a native app on the ‌‌Apple TV‌‌ HD and ‌‌‌Apple TV‌‌‌ 4K, but second and third-generation ‌‌‌Apple TV‌‌‌ owners need to AirPlay HBO Max content from an iOS device to the TV to watch. HBO Max is only available in the U.S., so international markets won't be affected.

the question is... how much are they charging you to watch those movies?? Because disney didn't hold back with that at all...

From what I see, it’s available to anyone with a HBO subscription. Nobody is going to have to pay anything extra.
Score: 20 Votes (Like | Disagree)

This will not be temporary solution. Theaters are dead, Streaming platforms are the winners.

People are social creatures. There’s a reason live concerts and sports still sell out stadiums. Many theater chains will die from this pandemic but there will be a resurgence when it’s safe again.
Score: 11 Votes (Like | Disagree)

I do like the Cinema but I think its going to take a long time before everyone is comfortable sitting next to other people, even once it becomes 'safe' to do so.

The cinema experience has actually been great lately. Easy to get good seats and guaranteed not to have anyone sitting next to you. Plenty of space to stretch out and get comfortable ?

I also think it’s important to support cinemas during this difficult time. Many of them might not survive, unfortunately.
Score: 7 Votes (Like | Disagree)

laurieballard
At least it gives people the choice, getting to the Cinema these days is difficult with a new baby so it helps to have the option to watch them at home.

I do like the Cinema but I think its going to take a long time before everyone is comfortable sitting next to other people, even once it becomes 'safe' to do so.
Score: 6 Votes (Like | Disagree)

HBO / Warner should have the balls to say it like it is - what's happening to cinemas is exactly the same as what happened to music stores. Everyone moaned when iTunes arrived and the same is happening now. This isn't temporary by any means and they know it.

Except that regardless of where you get your music - traditional store, iTunes, etc. - doesn't fundamentally change your listening experience. Watching a streaming movie at home is very different from a theater.
Score: 6 Votes (Like | Disagree)

Ironman226
This will not be temporary solution. Theaters are dead, Streaming platforms are the winners.
Score: 5 Votes (Like | Disagree)
Read All Comments