Promotion for Apple Fitness+ is ramping up, with advertising initiatives and teases from instructors being spotted on social media, indicating that the new subscription service may be launching imminently. 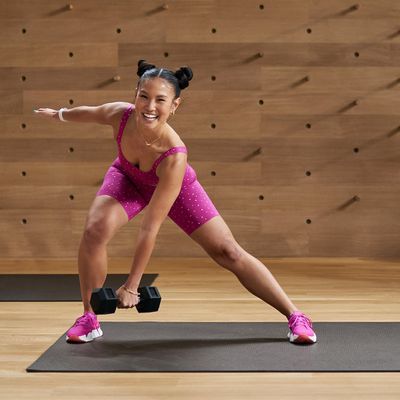 Apple has said that Fitness+ will launch before the end of 2020, but no exact release date has been confirmed. With the end of the year approaching in less than five weeks, and in light of these promotional social media posts and adverts, the launch of Apple Fitness+ appears to be imminent. There have also been hints that the service will arrive alongside iOS 14.3 and watchOS 7.2.

Apple first announced Fitness+ alongside the Apple Watch Series 6. Priced at $9.99 per month and included in the highest tier Apple One bundle, Fitness+ is designed to help Apple Watch users keep fit through a series of guided workouts.

Workouts sync to an Apple TV, iPhone, or iPad, so you can see your progress on the screen, and there are multiple workout categories to choose from, including Cycling, Treadmill, Rowing, HIIT, Strength, Yoga, Dance, and Core. Check out our Fitness+ guide for more on Apple's upcoming service.

I am genuinely surprised how much outside motivation people need to take care of their own bodies.

What kind of holier-than-thou nonsense are you spewing in here?
Score: 40 Votes (Like | Disagree)

I am genuinely surprised how much outside motivation people need to take care of their own bodies.

This is a pretty flippant and myopic response.

There are people who do need outside motivation for a myriad of reasons-keep an open mind.
Score: 17 Votes (Like | Disagree)

kylelerner
I wonder if oxygen will one day be on subscription. Apple O2+
Score: 16 Votes (Like | Disagree)

This is a pretty flippant and myopic response.

There are people who do need outside motivation for a myriad of reasons-keep an open mind.

mrbrown
I currently have a Peloton and pay $36/month for a service I admittedly barely use. It appears as though Fitness+ has spin lessons - this would save me a ton of money.
Score: 14 Votes (Like | Disagree)

jimbobb24
I wonder which of these services will survive after things go back to normal. Peloton should be a little worried about Apple eating into their product.
Score: 7 Votes (Like | Disagree)
Read All Comments

Friday January 21, 2022 6:11 am PST by Hartley Charlton
Following months of bleak news about Peloton's "precarious state," including the revelation that it has halted production of its bikes and treadmills, Apple is being floated as a potential buyer of Peloton's troubled fitness business. Yesterday, CNBC reported that Peloton will temporarily stop production of its connected fitness products due to a "significant reduction" in consumer demand, a ...
Read Full Article • 348 comments