Samsung's Galaxy S21, coming in 2021, may not include a power adapter or headphones in the box, according to reports from Korean media sites highlighted by SamMobile. 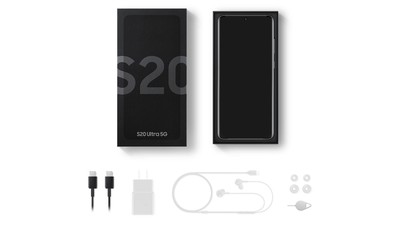 Rumors earlier this year also said that Samsung was considering removing these accessories from future smartphone models, but that didn't stop Samsung from mocking Apple for selling the iPhone 12 models without a power adapter or EarPods.

Apple's ‌iPhone 12‌ models ship with just a USB-C to Lightning cable. When announcing the change, Apple said that the accessories were eliminated for environmental reasons, but there has been speculation that Apple removed the power adapter and EarPods to cut costs due to the expense of the 5G modems used in the new iPhone lineup.

Gamer9430
Is anyone actually surprised by this?
Score: 93 Votes (Like | Disagree)

Is anyone actually surprised by this?

Not at all. Samsung is 100% cheap gimmicks, right throughout their marketing and products.
Score: 57 Votes (Like | Disagree)

zorinlynx
I wonder how long until the first lawsuit because someone bought a crappy no-brand charger from a mall kiosk and it caught fire, burning down their house.

At least by including a charger with every phone, Apple and Samsung ensure that most people are using a high quality charger. Now everyone who buys a new phone will have to buy a charger if they don't have one, and you know people will go for the cheapest garbage that does the job.
Score: 30 Votes (Like | Disagree)

ThisBougieLife
Samsung's marketing strategy is just embarrassing. Since it's so predictable, how is it actually effective? You think they would've given up the "mock, then copy" formula. Surely anyone can see through it by this point.

AngerDanger
So between them and Apple, that’s the environment solved, yeah?
Score: 22 Votes (Like | Disagree)
Read All Comments