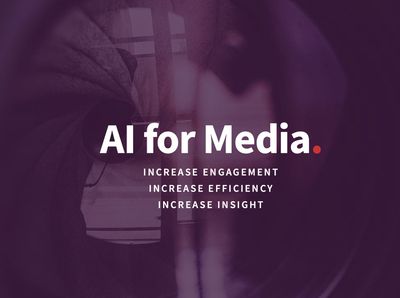 The Vilynx website is now defunct, but the company described itself as "AI for media," and it developed tools to help media companies compete against Netflix and other major media giants. Vilynx had a tool that catalogued raw video to make it searchable, providing metadata for video, text, and images. It processed video and then provided relevant content tags.

Apple could potentially use the Vilynx technology to bolster ‌Siri‌ and other AI-based software on Apple devices, such as Photos. Apple paid about $50 million for the company, with the acquisition confirmed through Apple's traditional statement: "Apple buys smaller technology companies from time to time and we generally do not discuss our purpose or plans."

Vilynx's Barcelona office will continue to run under Apple, with Apple planning to turn it into a main AI research and development center in Europe. Approximately 50 Vilynx engineers and data scientists are remaining at Apple, and Apple is hiring additional engineers for the new office.

cnharris
How many companies have they acquired to "improve" Siri at this point?
Score: 17 Votes (Like | Disagree)

nwcs
I think people forget that in Apple’s world Siri is not just the interactive voice operations. It encompasses any AI they do from app selection to automation to music lists and more. I think people keep expecting a change to the voice interaction without seeing the bigger picture.
Score: 11 Votes (Like | Disagree)

Digital Dude
Anything would be an improvement, so I remain hopeful. This week I asked Siri what the weather is for tomorrow. She responded with the definition of a crow. I have eight HomePods, so when I ask a question from a nearby Homepod, a distant Homepod answers. With multiple HomePods, this is now fairly typical behavior in my place. There was a time when the so-called ecosystem worked better.
Score: 6 Votes (Like | Disagree)

Well damn, I sure haven't noticed any improvement....

then you haven't used it. Siri runs my HomePods, and appletv for well everything you would expect, I love adding scenes to the home app and running them with Siri. Google has better fart sounds for the toddlers though, I will admit that up front
Score: 5 Votes (Like | Disagree)
Read All Comments

Tuesday January 4, 2022 11:42 am PST by Juli Clover
Fitness technology company Garmin today announced the launch of its latest smart watch, the Venu 2 Plus, which brings a microphone and voice assistant integration to the Venu 2 smart watch launched last year. With an added microphone, the Venu 2 Plus is able to work with the Siri when connected via Bluetooth to an iPhone. Siri integration offers all of the same Siri features that are...
Read Full Article • 52 comments

Tuesday February 22, 2022 11:50 am PST by Juli Clover
In iOS 15.4, Apple has introduced a fifth "American" Siri voice, which can be selected from the Settings app by going to Siri & Search and then selecting Siri Voice. The new voice is the fifth option, which joins the original four American Siri voices. The "American" voice is the only new voice that was added today for users in the United States, and there appear to have been no other...
Read Full Article • 122 comments