Last week, Apple released an update for Boot Camp, its utility for running Windows on a Mac. While this update would typically be unremarkable, several of our readers noticed that the release notes reference an unreleased 2020 model of the 16-inch MacBook Pro. 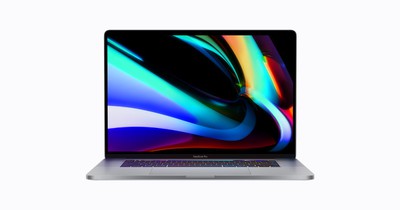 The Boot Camp 6.1.13 update improves the compatibility of your Mac when running Windows through Boot Camp.

Rumors suggest that Apple may be planning to host another event on November 17 to introduce its first Mac with a custom Apple Silicon processor, but it is believed that this transition will begin at the lower end for notebooks, such as the MacBook Air, 13-inch MacBook Pro, or possibly even the return of an ultra-portable 12-inch MacBook.

GoodWheaties
I assume this confirms it will be Intel based.
Score: 36 Votes (Like | Disagree)

oneMadRssn
The 16-inch Macbook Pro was "updated" to be configurable to have Radeon Pro 5600M in June 2020. Maybe Apple considered this a sufficient spec-bump to warrant the year designation? In other words, could that be the "2020" model Apple is referring to?
Score: 18 Votes (Like | Disagree)

GeoStructural
Yes! I have been waiting for too long!

What excites me the most about ARM Macs is what the basic A-line chips can do in a tiny enclosure... Now imagine that with an active cooling system, larger chasis, more cores, more RAM, more GPU, now we are talking.

Edit: I got excited too quickly, this points to an Intel release. :(
Score: 16 Votes (Like | Disagree)

Mac Rules
Sorely tempted to get the last Intel Mac as I’m not ready to give up dual booting to windows just yet... ?
Score: 14 Votes (Like | Disagree)

ersan191
Yay I'm glad they are doing another Intel MBP - means mine will get supported longer.
Score: 10 Votes (Like | Disagree)
Read All Comments

Wednesday September 2, 2020 6:48 am PDT by Mitchel Broussard
There are a few MacBook Pro and MacBook Air-related deals going on this week, starting with the 16-inch MacBook Pro at Amazon. There you can get the 512GB 16-inch MacBook Pro for $2,099.00, down from $2,399.00. Note: MacRumors is an affiliate partner with these vendors. When you click a link and make a purchase, we may receive a small payment, which helps us keep the site running. You can...
Read Full Article • 13 comments