Apple is on the cusp of launching its first 5G iPhone models, according to Marc Allera, the CEO of British Telecom's consumer brands BT and EE.

"We are just days away from Apple's next major launch, a 5G iPhone, which will be a huge boost for 5G," said Allera, in an internal video presentation shared with the company's employees today. "Teams in all parts of Consumer have been preparing all year to win this launch, and be Europe's number one partner for Apple." 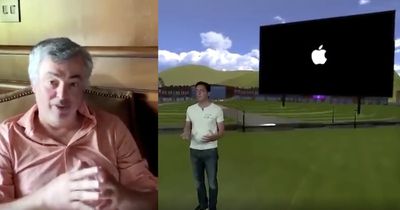 While new iPhones are usually announced in September, multiple reports claim that Apple plans to unveil its iPhone 12 lineup in October this year. This timeframe was effectively confirmed by Apple itself, which during its June quarter earnings call indicated that supply of new iPhones would be available "a few weeks later" this year.

Four new iPhone 12 models are expected, including one 5.4-inch model, two 6.1-inch models, and one 6.7-inch model, all with OLED displays, 5G support, and a new flat-edged design. Rumors have suggested that Apple may opt for a staggered launch, with some models launching later than others, but the exact order of the rollout remains to be seen.

iModFrenzy
I don’t understand the 5G craze, LTE is more that sufficient for most people. Not to mention, some networks aren’t even fully done rolling out LTE, why begin another project? AT&T’s LTE is so poor in my area.
Score: 32 Votes (Like | Disagree)

I don’t understand the 5G craze, LTE is more that sufficient for most people. Not to mention, some networks aren’t even fully done rolling out LTE, why begin another project? AT&T’s LTE is so poor in my area.

When the iPhone 5 came out:

"I don't understand the 4G LTE craze, 3G HSPA is more than sufficient for most people. Not to mention, some networks aren't even fully done rolling out 3G HSPA, why begin another project? AT&T's 3G HSPA is so poor in my area."
Score: 25 Votes (Like | Disagree)

Nimoy
Until Apple announces the keynote, we're always a minimum of 7 days away from seeing these phones.
Score: 18 Votes (Like | Disagree)

testcard
Apparently 6G is only “years away.”
Score: 13 Votes (Like | Disagree)

I'm gonna guess the Keynote is going to happen the week Yom Kippur is over. Sept 29, 30 or Oct 1.

If this is actually going to happen, they'll have to announce it in the next day or so.

Tuesday March 1, 2022 2:26 am PST by Tim Hardwick
Qualcomm has unveiled its new 5G Snapdragon X70 modem, which is likely to be the last Qualcomm modem to be used by Apple in its iPhones before it switches to in-house custom-designed chips. Qualcomm says its latest 5G modem for smartphones includes "the world's first 5G AI processor integrated in a 5G Modem-RF System," which is supposed to increase the average download and uplink speeds on...
Read Full Article • 52 comments

iPhone 14 With eSIM Only Will Likely Be Optional Model, Says Analyst

Wednesday January 26, 2022 6:35 am PST by Joe Rossignol
Last month, a tipster informed MacRumors that Apple had advised major U.S. carriers to prepare for the launch of eSIM-only smartphones by September 2022, suggesting at least one iPhone 14 model might lack a physical nano-SIM card tray. GlobalData analyst Emma Mohr-McClune today expressed her belief that Apple will not switch to eSIM-only iPhones entirely right away, but rather offer an...
Read Full Article • 104 comments