Apple today announced that it plans to open its online store in India on Wednesday, September 23, providing customers located in India with a way to purchase iPhones, Macs, iPads, and more directly from Apple. 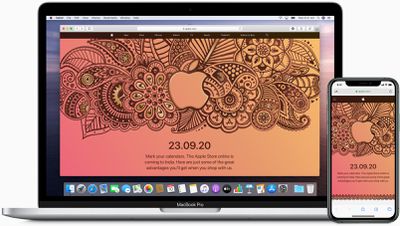 "We're proud to be expanding in India and want to do all we can to support our customers and their communities," said Deirdre O'Brien, Apple's senior vice president of Retail + People. "We know our users are relying on technology to stay connected, engage in learning, and tap into their creativity, and by bringing the Apple Store online to India, we are offering our customers the very best ofApple at this important time."

Apple's online store will also feature Apple Specialists able to help with ordering products and setting up new devices, with customers able to get help in English and Hindi.

With the store, Apple will introduce financing options and a trade-in program, along with EDU pricing for students. Starting in October, Apple will also host free online Today at Apple sessions led by local Creative Pros with a focus on photography and music.

India in August 2019 relaxed the rules, providing a way for Apple to operate an online store in the country. Apple also intends to open up retail stores in the future, and there are already retail locations in the works.

btrach144
It blows my mind that Apple hasn’t had an online store in the second most populous country in the world.
Score: 9 Votes (Like | Disagree)

ajgash
I love the intentional design choices Apple makes. They could have just said, "Apple Store coming to India." Instead, we have a really cool illustration that's full of "hidden" apple products and icons. Really neat!
Score: 5 Votes (Like | Disagree)

It blows my mind that Apple hasn’t had an online store in the second most populous country in the world.

Good job Apple.
Next stop, the fourth most populous country in the world, Indonesia.
Score: 5 Votes (Like | Disagree)

Its crazy that it hasnt, also India its about to become the most populous within the next decade... 2.5x China’s birth rate

That shows how underdeveloped India is.

For Apple's online store to work, you need good infrastructures across the entire country, such as broadband internet, fast, reliable and cost-effective domestic shipping that covers the entire country. You will also need good channels for online fraud prevention, which is a big problem in India not just domestically. Scammers from India are literally scamming the world.

For the online store to be successful, you need a ready market. The mass population should be at least pretty much all literate, and digitally literate, which India doesn't have. There should be a significant middle and upper class measured in the American purchasing power standard, not PPP because Apple products have globally standard pricing, at least before tax. Apple products will not be cheaper in India than in the US in FX dollars, so the nominal dollar, in this case, equals PPP-adjusted dollar.

Most of the people that meet the above criteria are located in the rich part of India, aka., the affluent half of the big cities, which already have physical retail channels.

For physical Apple Stores to work in India, currently India has none, there must be urban clusters in India that will buy the upper-end of the premium device lineups, such as Mac Pro, iPad Pro, Thunderbolt display (with the stand), AirPods Pro, etc. Products like the entry-level basic iPad, iPhone SE, MacBook Air without retina display, etc. will not generate enough profit for Apple to operate physical Apple Stores, which are expensive to keep.
Score: 5 Votes (Like | Disagree)

is there any way to determine which countries have an online store and which do not?

Checking the official Apple website one by one in each locale of interest, or look here for a map of it. 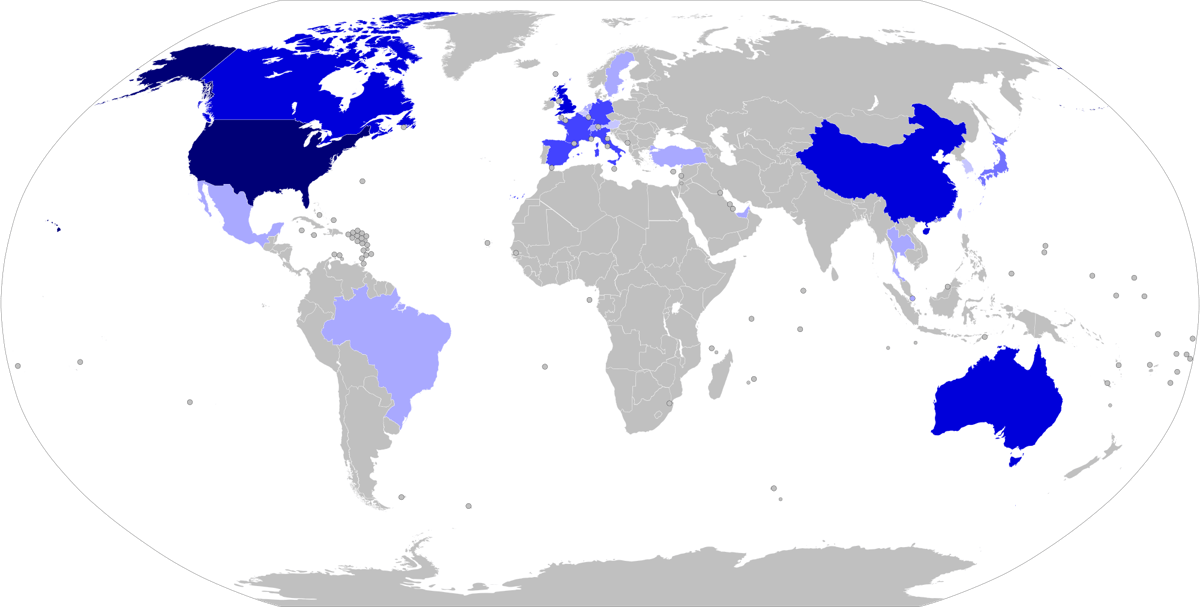 iMi
This is a big deal. India is fast developing but honestly it has a long way to go. In the vast rural area of India only about 60% have electricity. They would have been much further ahead, but they made the admirable, and in my opinion, inspiring decision to forgo the usual route of industrial revolution based on carbon fuels and instead invest heavily in renewables. Industrial growth is off the charts, consumer spending is rising at record pace. All good signs.

India is where we're looking to invest as well. I agree that this is big news.
Score: 4 Votes (Like | Disagree)
Read All Comments