Apple quietly acquired Israeli photography startup Camerai around a year and a half ago for several tens of millions of dollars, with many of its employees joining Apple's computer vision team in Israel, according to Calcalist. A separate source confirmed the story to TechCrunch, but Apple has yet to offer an official statement. 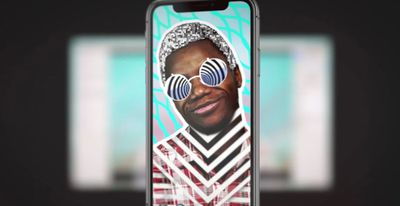 The report claims that Camerai developed photography-related technologies, including advanced capabilities in deep learning and computer vision, that have already become "a significant part of every Apple camera" and "made life easier for developers who wanted to include AR capabilities in their various apps."

TechCrunch listed some of these technologies:

Its tech included the ability to detect different objects in the picture, and outline them with precision to alter them cosmetically; the ability to outline and apply filters across the whole image; a "skeleton tracking" neural network API that could detect and draw body joints in real time overlaid on a picture of a human; and its own version of selective focus for enhanced portrait modes…

Its tech included the ability to detect different objects in the picture, and … a "skeleton tracking" neural network API that could detect and draw body joints in real time …

This is pretty awesome—not only for realtime VFX in video, but for its use in AR too.

Apple has made a big deal before about each one of its breakthrough devices (the Mac, iPod, and iPhone) having a unique input method that makes them incredibly easy to use (the mouse, clickwheel, and multitouch).

If Apple is going to produce their own AR/VR device, the most seamless input method for casual use is reaching out and touching UI elements without any additional hardware.

It seems like pulling that off would be computationally intensive, but depending on how Apple stacks image filters, it could actually be relatively easy:
[LIST=1]
* A normal RGB camera could constantly be searching for any landmarks indicating a pointing gesture.
* Only once that gesture is recognized, algorithms like the ones owned by this company could try to see if the hand making the gesture belongs to the person wearing the AR device.
* Only once it's determined that the person pointing is wearing the device, LiDAR could search for a change in depth around the finger, indicating a tap in midair. (Kinda like that IR patent from a while ago but with z-distance instead of heat.)

If (ONLY) several tens of millions of U.S. ? dollars, then it was probably just the four named guys.

Sounds like $5M-$7.5M USD each, which is pretty good Coin if living in Israel.

I will sign for 5 to 7.5 million US$ everywhere in the world ?
Just for you to know, Israel is a very expensive country to live in, especially Tel Aviv which is one of the most expensive cities in the world ??‍♂️
Score: 1 Votes (Like | Disagree)
Read All Comments