Benchmarks from the new 2020 iMac have today been shared online by Mac Otakara. 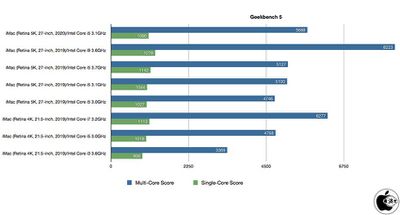 The Geekbench benchmarks are from the newly-released 27-inch ‌iMac‌ with 3.0GHz Intel Core i5 processor and Radeon Pro 5300 graphics, compared to multiple specs of the previous 2019 ‌iMac‌.

MacRumors reader Stefan tested the high-spec 2020 ‌iMac‌ with 3.8GHz 8-Core Processor with Turbo Boost up to 5.0GHz, giving a single-core score of 1141 and a multi-core score of 7006. This is approximately 36% higher than the equivalent chip from the previous generation.

The new ‌iMac‌'s SSD is soldered to the motherboard and therefore is not user-replaceable, according to ifun.de. Previous iMacs have not been soldered in place, allowing for upgrade or replacement. Supposedly according to internally published technical information, the 2020 ‌iMac‌'s individual SSD modules are soldered directly onto the motherboard, similar to how storage in MacBooks have been soldered down for several years. As a result, the storage configuration at the point of purchase is fixed and cannot be changed afterwards.

New information regarding the new 27-inch ‌iMac‌'s redesigned microphone array has also emerged today. The new ‌iMac‌ apparently features two microphones installed in the lower area of the ‌iMac‌ behind the screen, as opposed to the single microphone on previous models. This allows the 2020 ‌iMac‌ to deliver what Apple calls "studio-quality audio."

Update 9:30 a.m.: A source with access to Apple's repair manuals tells MacRumors that the SSD is in fact not soldered to the logic board but is connected to a proprietary Apple slot on the board.

At this point just be glad Apple hasnt welded the electric cord to their devices...

The Shape of Macs to Come: 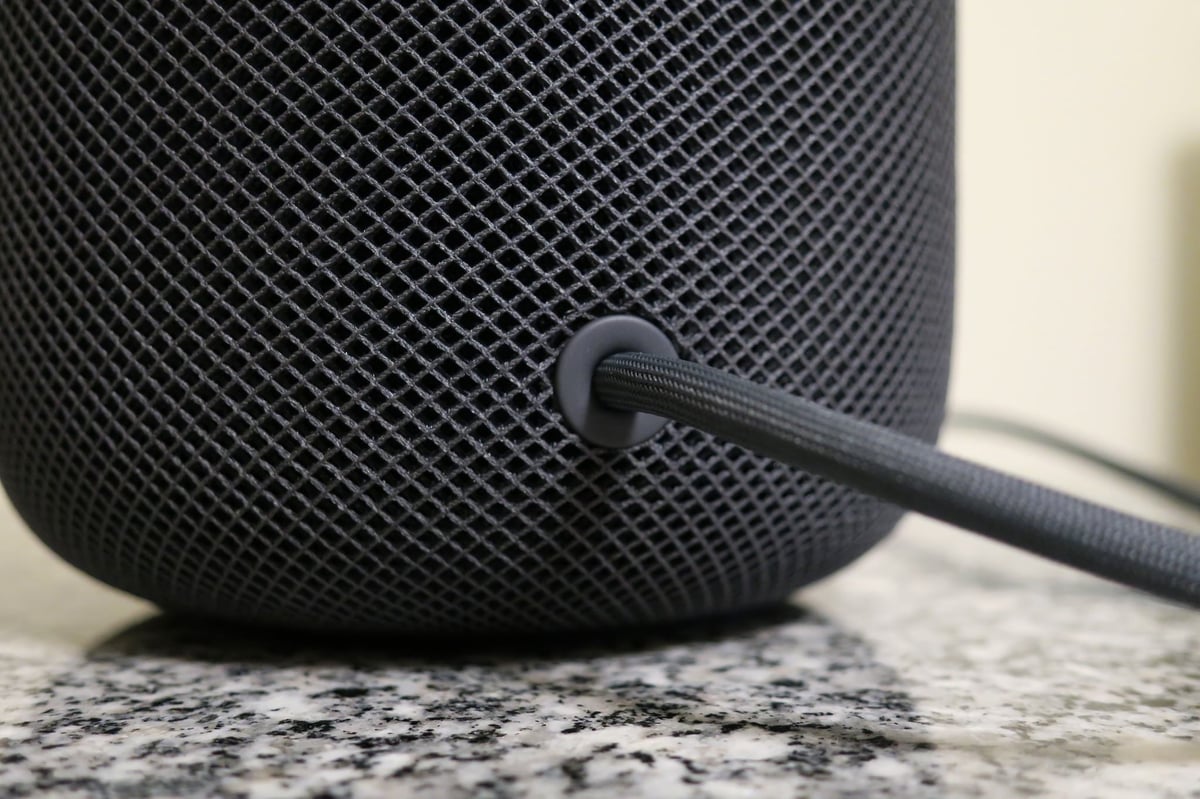 WannaGoMac
At this point just be glad Apple hasnt welded the electric cord to their devices...
Score: 17 Votes (Like | Disagree)

It is soldered because of the T2 chip. Impressive speeds though, makes you wonder how much faster their own chips are gonna be.

The Shape of Macs to Come:

HomePod’s power cable is removable. Just have to pull a bit harder than expected.
Score: 12 Votes (Like | Disagree)

ilikewhey
why are they so focused on just sequential read/write, isn't random more important?
Score: 10 Votes (Like | Disagree)
Read All Comments