Apple today updated its list of Vintage and Obsolete products to add the original 7.9-inch iPad mini, which was first released in 2012. 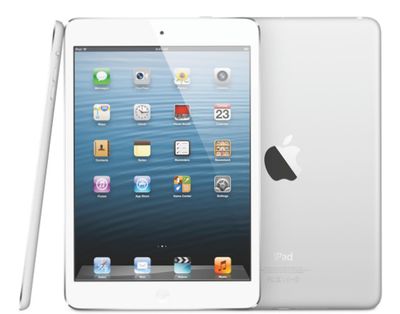 Devices on the vintage list are able to continue to receive hardware service from Apple and Apple service providers, subject to the availability of repair components and where required by law. Obsolete products, meanwhile, have no hardware service available with no exceptions.

Apple's original ‌iPad mini‌ featured an A5 chip, 512MB RAM, up to 64GB of storage, and a 1024 x 768 display, which was not considered Retina. The ‌iPad mini‌ has not seen many design changes since it was launched, and the current release version continues to feature thick bezels and a Touch ID Home button.

In addition to adding the original ‌iPad mini‌ to the vintage list, Apple today also added the late 2011 21.5-inch iMac to its obsolete list.

MacFather
Still using the original mini with iOS 6.1.3 on it, mainly for Spotify. The old UI is so much better than the current one.

It was unofficially classified as ‘useless’ a long time ago.

Except by all the people in this very thread who have listed specific uses for it.
Score: 12 Votes (Like | Disagree)

Yeah, you could have 299 tabs in Safari open at once (kind like my grandma inadvertently keeps doing) :P
Score: 11 Votes (Like | Disagree)

MacFather
The original iPad mini from 2012 has slimmer top and bottom bezels than the 2019 5th Generation. What a shame.

The iPad mini has not seen many design changes since it was launched, and the current release version continues to feature thick bezels and a Touch ID Home button.

Jesus, calm down about the bezels. It's a tablet. You need somewhere to hold onto it that isn't an active touch surface.

TouchID still works quite nicely, thanks, in the dark and at any device orientation. And if it contributes to a lower cost for the device in question, I'm all for it.
Score: 6 Votes (Like | Disagree)
Read All Comments