Experience a spellbinding story of necromancy, friendship, and letting go in "Necrobarista," this week's addition to Apple Arcade on the iPhone, iPad, Apple TV, and Mac. The game hails from Australian developer Route 59. 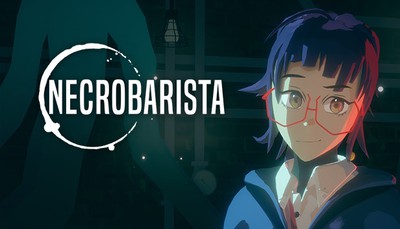 From the App Store description:

In a back-alley Melbourne cafe, the dead are granted one last night to mingle with the living.

For Maddy Xiao—barista, amateur necromancer, and new owner of the Terminal—things couldn't be better, as long as you're not reminding her of the fact that she's got an enforcer from the notoriously uncompromising Council of Death breathing down her neck.

"Necrobarista" is available on the App Store with an Apple Arcade subscription. The service provides iPhone, iPad, Apple TV, and Mac users with access to over 100 games with no in-app purchases or ads for $4.99 per month.

Necrobarista is also launching on Steam and GOG on July 22.

I wonder if anyone actually kept the subscription to this after the initial trial.

I did. I’m a dad with small kids and play games casually to entertain them (the 6yr old sometimes plays too). Apple Arcade has a few games that are winners in this regard. Lego Brawls, Sayonara Wild Hearts, Tangle Tower, Sponge Bob, Sonic Racing, Legend of the Skyfish, and Hogwash are the go-to favorites these days. Using a playstation controller with the Apple TV 4k.
Score: 5 Votes (Like | Disagree)

ArtOfWarfare
I've spent the past month developing a simple game with WebGL/javascript. I've been testing and verifying it works on every device I own with a web browser - Mac laptops, Window laptops, Firefox, Chrome, Safari, iOS... I assume Android but I don't own one, plus my Tesla.

I'll support it with ads + have the option to pay to remove them.

I can't figure out - why aren't more people doing this? Flash used to be the way that most non-AAA games were done, then Apple annihilated that by not permitting Flash on the iPhone, but now WebGL has existed and been available on every browser for 5+ years, and there's virtually nobody using it.
Score: 5 Votes (Like | Disagree)

I have one of those! I might actually check this game out!

Meh. I honestly think this is the most tedious part of Apple Arcade — the very distinct sense that the people in charge of vetting games wanted them with "feelings" first and foremost. And so we've got a lot of milquetoast games that aren't actually enjoyable to play but try to clumsily pluck that adolescent melancholy string over and over. And over.
Score: 5 Votes (Like | Disagree)

And as a huge security risk.
Score: 4 Votes (Like | Disagree)
Read All Comments