In line with a timeframe shared by analyst Ming-Chi Kuo last month, Bloomberg today reports that Apple is planning to release at least one Mac with its own custom-designed Arm-based processor by 2021. 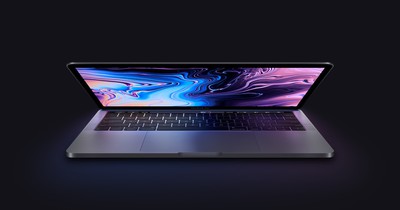 The report claims that Apple is developing three Mac processors based on the A14 chip in upcoming iPhone 12 models. At least one of these processors will apparently be much faster than the A-series chips in the iPhone and iPad. Like the A14 chip, the Mac processors are expected to be manufactured by TSMC based on its 5nm process.

Apple's first Mac processors will have 12 cores, including eight high-performance cores and at least four energy-efficient cores, according to the report. Apple is said to be exploring Mac processors with more than 12 cores for further in the future, with the company already designing a second generation of Mac processors based on the A15 chip.

The first Arm-based Mac is likely to be a notebook, but analyst Ming-Chi Kuo expects at least one Mac desktop with an Apple processor next year too.

This is going to be the death of the Mac computers as a whole.

if we could only count all the times “Apple is doomed” has been predicted because of a change in processor architecture… ?
Score: 73 Votes (Like | Disagree)

azentropy
It is going to be interesting. However one of the many reasons I prefer Macs is that they can run anything. I can use VMWare, Parallels, VirtualBox or even Bootcamp to run and develop for Linux and Windows at nearly native speeds. Moving to ARM would most likely eliminate that option. I don't know how big of group that is, but I do know that Macs have become many developers primary systems because of that ability.
Score: 49 Votes (Like | Disagree)

This is going to be the death of the Mac computers as a whole. Arm Macs won’t have any compatability with any of the software available until the software developers update their software and most will be left behind. Microsoft tried to transition to ARM with the Surface Pro X and Windows 10 on ARM has been a failure. I expect this to fail as well, especially since ARM will probably not have the same performance for all tasks compared to X86-64.

I bet I know what your posts in the first iPad,Apple Watch, and AirPods unveilings looked like.
Score: 36 Votes (Like | Disagree)

I need x86 to do my job. This could eventually end my use of OS X, at least for work, which would really suck. I've been using OS X since literally day one in March 2001.

do you really believe that Apple hasn’t thought about this issue?

Remember the PowerPC to intel transition. It was a pain in the ass yes for 1-2 years, but after that it’s a much better strategy for them.
Score: 32 Votes (Like | Disagree)

asa_nisi_masa
I need x86 to do my job. This could eventually end my use of OS X, at least for work, which would really suck. I've been using OS X since literally day one in March 2001.
Score: 30 Votes (Like | Disagree)

They JUST released this amazing laptop that fixed all the problems and they just couldn't resist toying with it again and (probably) ****ing it up. It's so frustrating as a consumer to constantly go into forums and read "Yeah, everyone agrees year X is the best but the company refuses to rebuild it."

Rumors about ARM MacBooks have been swirling for yeeeeeeeears, I think this is much more of a “they’re FINALLY ditching Intel” situation than a “they couldn’t resist toying with it again” situation ?
Score: 28 Votes (Like | Disagree)
Read All Comments