As coronavirus outbreaks spike in some areas of the United States, Apple is planning to close retail stores located in Florida, Arizona, North Carolina, and South Carolina, according to Bloomberg. 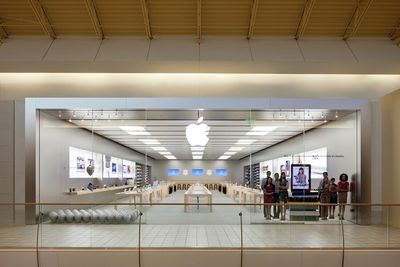 Apple began reopening stores in the United States in May, and as of this week, 154 of the company's 271 stores had been reopened. Coronavirus cases are climbing in some places in the U.S., however, and Apple is reclosing locations in affected areas.

Apple had reopened all 18 of its stores in Florida, five in Arizona, three in North Carolina, and one in South Carolina prior to the closures. Apple in a statement said that it is temporarily closing stores in "an abundance of caution" and is closely monitoring the situation. There is no planned date for reopening, and customers who have devices being repaired at these locations can pick them up this weekend.

Apple's retail chief, Deirdre O'Brien in a letter to customers amid of store openings said that Apple will only reopen stores when its confident it can safely serve customers.

Decisions to close or reopen stores are based on data evaluation, such as local cases, near and long-term trends, and guidance from national and local health officials. O'Brien warned that Apple would not hesitate to close stores again if coronavirus cases spiked. "These are not decisions we rush into -- and a store opening in no way means that we won't take the preventative step of closing it again should local conditions warrant," O'Brien said.

In stores that have reopened, Apple is implementing safety measures that include mandatory masks, social distancing, frequent cleaning, temperature checks, and more. In some locations, stores are open only for repairs and curb-side pickup, while others are open but with a limited number of people allowed in at one time.

Did Apple provide a statement explaining these closures? Gurman's tweet just says that they closed the stores, not why.

a mask is required to enter the Apple store

unobtainium
This is exactly what everyone said when some states started to reopen early despite rising cases: it would be even worse for the economy if reopening was a false start, with a steep rise in cases after reopening. It will shake consumer confidence and hurt the economy much more than an effective short-term closure would have been. By reopening too early many states are setting the stage for an even bigger economic catastrophe.
Score: 38 Votes (Like | Disagree)

lunarworks
It's almost as if the exact thing experts said would happen is happening. Imagine that.
Score: 34 Votes (Like | Disagree)

I have yet to hear a convincing alternative to ending lockdown from anybody who says "too early"...but I'm always open to ideas. So what do you suggest? Literally keep people locked down and businesses closed until a vaccine arrives...which may never happen? How do you think the global economy would be able to support that?

There’s no vaccine available in New Zealand, but they did the lockdown the right way and now they’re basically back to normal operations.
Score: 32 Votes (Like | Disagree)
Read All Comments

Thursday September 29, 2022 12:38 pm PDT by Juli Clover
Tony Blevins, Apple's vice president of procurement, is set to depart the company after he made a crude comment about his profession in a recent TikTok video, reports Bloomberg. Blevins was in a video by TikTok creator Daniel Mac, who was doing a series on the jobs of people he spotted with expensive cars. After seeing Blevins in an expensive Mercedes-Benz SLR McLaren, Mac asked Blevins what ...
Read Full Article • 568 comments