Apple Reopening 70+ Stores in the U.S. and Canada This Week

Apple is continuing to reopen its retail stores in the United States and Canada as stay at home orders in various states relax and additional businesses are allowed to open. 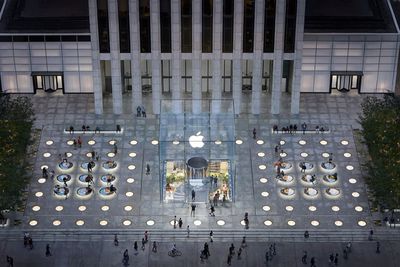 Apple is reopening more than 70 U.S. stores this week in states that include California, Connecticut, Massachusetts, New Jersey, New York, and more, with a full list available from 9to5Mac. Apple's Deirdre O'Brien sent out a notice to employees about the reopenings, which includes stores in New York City, an area that was hit hard by the virus.

This week we'll return to serving customers in many more US locations including by appointment in New York City, where we're proud to stand beside New Yorkers as they emerge from this incredibly difficult time. All stores continue to practice additional steps for the health of employees and customers, including temperature checks, face coverings and social distancing. As hours and services vary by location, we encourage everyone to check their local store webpage for more information. Customers can also visit for support by phone or chat.

We are committed to reopening our stores in a very thoughtful manner with the health and safety of our customers and teams as our top priority, and we look forward to seeing our customers again soon.

As of June 16, 154 of Apple's 271 stores in the United States have reopened, and 365 stores around the world are operational.

In Canada, Apple is reopening Apple Conestoga, Apple Bayshore, and Apple Masonville, three of its retail stores in Ontario, along with Apple Place Ste-Foy in Quebec. Apple Stores in Alberta, British Columbia, Manitoba, and Nova Scotia reopened previously, while stores in Quebec and Ontario have remained closed until this week.

Apple has implemented safety measures at all of the reopened store locations. Face masks are required for entry, store occupancy is limited, temperature checks are conducted, stores are deep cleaned regularly, and social distancing measures have been put in place.

Depending on local guidelines and conditions, some stores are offering only curbside pickup and sales, while others are letting people enter by appointment only. Others are allowing full access with in-store service and sales, but with the aforementioned safety precautions in place.

Apple began reopening its stores in mid-April starting with its sole store in South Korea, and continued reopenings throughout the month of May. The first stores in the U.S. reopened on May 11 after a two month closure.

FINALLY :D
It’s horrible living as a prisoner. Freedom of movement is important for mental health. We can’t live in fear for the rest of our lives. I mean we worry too much about a virus but we don’t worry about other things like heart attacks or strokes from too much stress.

Tell me, ever hear of anyone catching a heart attack or stroke from someone else?
Score: 10 Votes (Like | Disagree)

We’re still in wave 1 in the USA, and now we’re reopening. I sure hope folks are at least protecting each other by wearing masks in public.

Ballis
They have to. The iMac is coming ?
Score: 7 Votes (Like | Disagree)

Until they do away with this stupid mask BS I don't care if they ever open again.

Really? You don’t care if everyone is coughing and sneezing all over everything during a pandemic? ?
Score: 6 Votes (Like | Disagree)

DBZmusicboy01
FINALLY :D
It’s horrible living as a prisoner. Freedom of movement is important for mental health. We can’t live in fear for the rest of our lives. I mean we worry too much about a virus but we don’t worry about other things like heart attacks or strokes from too much stress.
Score: 5 Votes (Like | Disagree)
Read All Comments