U.S. federal judge Yvonne Gonzalez Rogers this week ruled that a class action lawsuit accusing Apple of fraudulently concealing weakening demand for iPhones between August 2017 and January 2019 can proceed in part, as reported by Reuters. 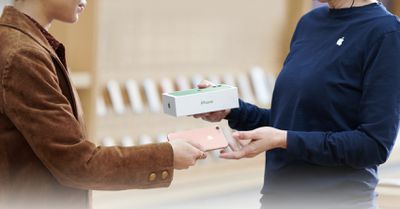 In January 2019, Apple lowered its revenue guidance to $84 billion for the first quarter of its 2019 fiscal year, down from its original forecast of $89 billion to $93 billion. In a letter to shareholders, Apple CEO Tim Cook said that lower than anticipated iPhone revenue, primarily in Greater China, accounted for the entire revenue shortfall.

On an earnings call in November 2018, a few months earlier, Cook touted the "very successful launch of iPhone XS and iPhone XS Max" and also noted that iPhone demand in China was particularly strong during the fourth quarter of its 2018 fiscal year. Apple made no mention of potential iPhone or China weakness on the horizon.

In her order, however, judge Rogers wrote that "absent some natural disaster or other intervening reason, it is simply implausible that Cook would not have known that iPhone demand in China was falling mere days before cutting production lines," likely referring to a Wall Street Journal report that claimed Apple slashed production orders for the iPhone XS, iPhone XS Max, and iPhone XR just days after its earnings call.

"It is also implausible that Cook was unaware of emerging market issues in China despite admitting two months later that the Company observed worrying signs throughout the quarter," added Rogers.

On its November 2018 earnings call, Apple also announced that it would no longer be disclosing iPhone, iPad, and Mac unit sales going forward. Rogers said this decision "plausibly suggests that defendants expected unit sales to decline."

Apple's stock price dropped up to 10 percent in the hours after it lowered its revenue guidance, resulting in losses for shareholders. The complaint is led by the Employees' Retirement System of the State of Rhode Island.

If you can’t handle the risk, don’t own the stock. I don’t think you can sue your way out of a failed trade, can you?

These clowns should be forced to pay for Apple’s legal fees.

When you purchase a share of a company, you are purchasing a product. There is always risk in the stock market, but it is the CEO’s job to accurately describe the current state of the company to its shareholders (owners) so that these purchases can be made in an informed way. If it’s proven in court that he hid material information from shareholders for longer than he needed to, appropriate action should be taken.
Score: 27 Votes (Like | Disagree)

julesme
If you can’t handle the risk, don’t own the stock. I don’t think you can sue your way out of a failed trade, can you?

These clowns should be forced to pay for Apple’s legal fees.
Score: 19 Votes (Like | Disagree)

Expos of 1969
Back to court Tim. May be easier to be more transparent and ethical in future remarks...
Score: 8 Votes (Like | Disagree)

tranceking26
Another week, another lawsuit
Score: 8 Votes (Like | Disagree)

If you can’t handle the risk, don’t own the stock. I don’t think you can sue your way out of a failed trade, can you?

By being a member of a stock marketplace with strict disclosure rules, ordinary people can buy stock without having to hire a fleet of lawyers and auditors. Apple benefits by being able to pay employees and acquire companies with stock. Tim Cook, like ordinary shareholders, benefits by being able to sell his stock awards easily in a liquid fashion.

This is something any stock owner should know and has been highly relevant recently: look at the Luckin Coffee scandal. Similarly, Dell didn't want the pressures of public scrutiny, so the company was taken private for several years.
Score: 8 Votes (Like | Disagree)
Read All Comments