Apple to Start Reopening Stores in Japan This Week

Apple is set to start reopening its retail stores in Japan this week after having been closed for months because of the global health crisis. 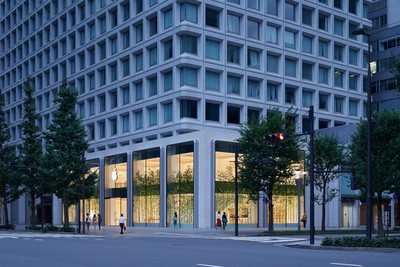 Bloomberg's Mark Gurman notes that Apple's website says stores in Fukuoka and Nagoya Sakae will reopen on May 27. Reopening dates for the country's eight other Apple stores have not yet been posted.

Japanese Prime Minister Shinzo Abe has lifted the country's nationwide state of emergency, ending restrictions in the remaining areas where the order was still in effect, one week ahead of schedule.

Apple has reopened stores in Australia, Germany, Austria, South Korea, Switzerland and some stores in Italy, the U.S., and Canada.

The company is taking safety measures as it gradually re-opens stores across the globe. These include temperature checks conducted at the door, limited occupancy, and a renewed emphasis on one-to-one service. As an alternative to entering some physical stores, customers can also expect to see curb-side pickup and drop off options.

Notice the windows on the store?

synergize
Notice the windows on the store?
Score: 2 Votes (Like | Disagree)

Yeah, living in Tokyo I can confirm that. Most restrooms just have cold water...

ah. you must be well versed in the one hand finger tip dip before walking out one second later. i see it every day lol (osaka)
Score: 1 Votes (Like | Disagree)

They dont even wash their hands here man... many bathrooms didnt even start putting in soap until the corona situation happened
Score: 1 Votes (Like | Disagree)

They dont even wash their hands here man... many bathrooms didnt even start putting in soap until the corona situation happened

Yeah, living in Tokyo I can confirm that. Most restrooms just have cold water...
Score: 1 Votes (Like | Disagree)
Read All Comments

Monday June 21, 2021 7:17 am PDT by Hartley Charlton
Users appear to be underwhelmed by Apple's upcoming iOS 15 and iPadOS 15 updates, according to the findings of a new survey by SellCell. The survey asked 3,000 iPhone and iPad users, evenly split between men and women, aged 18 or over in the United States, what they thought of iOS 15, iPadOS 15, and the naming of the upcoming iPhone 13 lineup. Over 50 percent of all of the survey's...
Read Full Article • 391 comments

Monday June 21, 2021 6:33 am PDT by Joe Rossignol
Apple will likely unveil its next-generation "iPhone 12s" or "iPhone 13" lineup in around two and a half months from now, and ahead of time, Taiwanese research firm TrendForce has outlined its expectations for the devices. A summary of TrendForce's expectations:Apple will unveil four new iPhones in September, including a mini model, a standard model, and two Pro models. September is the...
Read Full Article • 59 comments