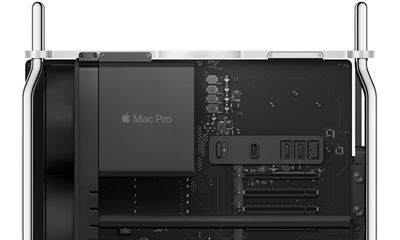 The Apple Afterburner is a ProRes and ProRes RAW accelerator card that is an optional add-on accessory available in the 2019 Mac Pro. It supports playback of up to 3 streams of 8K Pro-Res RAW or 12 streams of 4K ProRes RAW.

Adobe is seeking ‌Mac Pro‌ users with an Afterburner card to test the ProRes 422 or 4444 support to improve the feature.

Umm. Why wasn't it supported already?

So now the app will utilise 1.5% more of the hardware.
Score: 7 Votes (Like | Disagree)

Let me answer that, because FCP X is a hot mess

Have you used FCPX lately? I find it much more stable than PP, and the speed in both editing and exporting is unmatched.
Score: 5 Votes (Like | Disagree)

UMHurricanes34
As co-founder of a video marketing agency this is, sadly, one of the most exciting things I’ve read in a long time. Can’t believe I’m actually saying this, but thank you Adobe. There are still tons of issues to fix with Premiere on macOS but this at least an encouraging step.
Score: 5 Votes (Like | Disagree)

Because the number of people with these boards and adobe number maybe in a few thousands?

Maybe, but I think Adobe in general makes bloated software with no substantial (at least publicly or to my knowledge) engine code/performance upgrades... it’s all about adding new features nobody asked for (like that weird 3D text engine), slower interface, and heavier startup times (for no apparent reason). Photoshop, it is my understanding that it’s still dependent on ancient engine code. Just check the Zoom or Spin Blurs... they take ages and at least up until a year ago, you couldn’t even visualize a preview of it before applying it. Something that’s pretty much real-time nowadays on your mid-lower end mobile phone game.
After Effects, I love it dearly... but is there a way for this thing to be fast? Every new CC update is slower, checking the “performance enhancer” (like OpenGL ‘acceleration’) actually makes it slower... just doing ctrl+z on a medium sized project can take seconds, even if it was just clicking a single layer visbility, it’s just 10x faster to click it back yourself without undoing. After Effects for me is just a (very nice mind you) interface hub for a bunch of state of the art plugins... where all those plugins be hosted on another better software, I would make the jump.
The video game dev community stirred up a bit when they bought Allegorithmic and their Substance Suite... in fear of getting tainted by Adobe’s hands, we will see the consequences of that in a couple of years max.
Where Resolve or FCPX take 5 mins to render a 4K vid, premiere could very well take 200mins, no joke.
But credit where’s credit is due, it is NOT garbage... far from it, it kicks ass in its own way.
Score: 3 Votes (Like | Disagree)

I wish it had the snappiness of FCX because there's no way in hell I'm using FCX...

May I ask why?
Score: 3 Votes (Like | Disagree)
Read All Comments