Apple CEO Tim Cook on New Products: 'We Have Our Head Down and Are Working'

During today's earnings call covering the second fiscal quarter of 2020, Apple CEO Tim Cook provided some insight on what we can expect from Apple in terms of new products during the global health crisis. 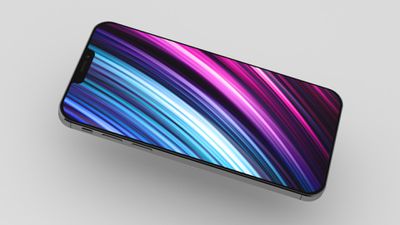 A mockup of an iPhone 12 with smaller notch
Cook said that Apple is continuing to operate, and that Apple employees are getting used to working from home. "In some areas of the company, some people may be even more productive," he said. "In some areas, not as productive. It's mixed depending on what the roles are."

Cook said that Apple employees have their heads down and are working as usual.

New products are our lifeblood. We're continuing to work. [...] As you can tell from what we did this quarter despite the environment, we have our head down and are working because we know our customers want the products that we've got. They're even more important in these times.

Cook was also asked about potential developments in health, and he said that it's an area that Apple was already working on, referencing features like ECG in the Apple Watch.

You can bet that we're looking at other areas. We were already doing this - we see it as an area of huge opportunity for the company and a way for us to help a lot of people. You will see us continue on that. I wouldn't say that the health door has opened wider, I would say that it was already opened fairly wide.

On the topic of Apple's supply chain and how well it's situated to launch traditional fall products, Cook said that people should focus on the fact that Apple's products are made everywhere rather than focusing just on the final assembly of the manufacturing process, which tends to get more attention.

We have to conclude that if you look at the shock to the supply chain that took place this quarter, for it to come back up this quickly really demonstrates that it's durable and resilient. I feel good about where we are. That said, we're always looking at tweaks, it's just not something we talk about.

Cook went on to say that Apple is going to "look to see" what can be learned from this situation and how that could be used to enact change after Apple gets "totally out of this."

Cook also commented on payment plans for iPhone on Apple Card, and said that Apple is "working on that for other products" and that we'll see something on that topic shortly.

As for current products, when asked if customers were favoring lower cost products, Cook said that he hasn't seen that. Apple has had strong customer response to the iPhone SE, its most affordable ‌iPhone‌, but he said that those customers wanted a smaller form factor with the latest technology or are coming from Android as opposed to "buying down." Sales of the top-of-the-line iPad Pro have also been strong.

Rumors suggest that Apple has a number of products set to launch later in 2020, ranging from new MacBook Pro models and iMacs to four new iPhones this fall.

MarkB786
How long has he been saying THAT??? We have great products in the pipeline. Yeah, yeah, yeah. Spec bumps galore.
Score: 22 Votes (Like | Disagree)

How long has he been saying THAT??? We have great products in the pipeline. Yeah, yeah, yeah. Spec bumps galore.

What do you expect him to say on an investor call? “We have nothing planned right now, nor in the near future. Our heads are in the sand.”
Score: 16 Votes (Like | Disagree)

How long has he been saying THAT??? We have great products in the pipeline. Yeah, yeah, yeah. Spec bumps galore.

Also this time last year, they had SwiftUI in the pipeline which was flat-out earth-shattering.

So your snark about products in the pipeline is moronic. Just because you can’t see what’s right in front of you isn’t something to be proud of.

Wow. If that’s not trolling, what is? Come back in 2021 and remind everybody you said this and put a link to the product. I’ll apologize and solute you. As it is, let’s see... my 16” MBP from the end of 2019 has 4 high speed USBC ports with thunderbolt and one of the best keyboards I’ve typed on. It was a top of the line machine, and they started half your make-believe price.
Score: 10 Votes (Like | Disagree)

Are you claiming he’s wrong? They do have great products in the pipeline. This time a year ago, they had the 16” MBP and the Mac Pro in the pipeline, both great.

I bought the 16" MBP, loaded. It's much slower on boot up than my two-year old Dell laptop, and it asks to send crash reports to Apple just bout every day. Plus, it's like Apple simply magnified the 13" MBP a bit. How exactly is it a "great" product?? Another examples you might have?
Score: 7 Votes (Like | Disagree)

That totally explains all the complains in the Mac Pro and MacBook Pro subs.

Too bad you were born without an irony detector. It's tragic to live without the ability to detect one of the most common jokes on the news sub.

Yeah, a few complaints with 1.5B active devices really tell the story, not the 99% customer satifaction rate for iPhone, 96% for Mac, and 95% for iPad.
Score: 6 Votes (Like | Disagree)
Read All Comments

Thursday December 1, 2022 4:37 pm PST by Juli Clover
With the launch of iOS 16.1, Apple rolled out a Emergency SOS via Satellite, which is designed to allow iPhone 14 owners to contact emergency services using satellite connectivity when no cellular or WiFi connection is available. The feature was put to the test in Alaska today, when a man became stranded in a rural area. In the early hours of the morning on December 1, Alaska State Troopers ...
Read Full Article • 223 comments

Saturday December 3, 2022 10:23 am PST by Joe Rossignol
iPhone 12 Pro and Pro Max, iPhone 13 Pro and Pro Max, and iPhone 14 Pro and Pro Max models feature a LiDAR Scanner next to the rear camera that can be used to measure a person's height instantly in Apple's preinstalled Measure app. To measure a person's height, simply open the Measure app, point your iPhone at the person you want to measure, and make sure they are visible on the screen from...
Read Full Article • 111 comments