Apple is rumored to be planning a high-end 6.7-inch iPhone model for release in 2020, and multiple reports have indicated that the device will feature multiple rear camera improvements, including larger sensors that capture more light for better image quality.

The latest word comes from noted analyst Ming-Chi Kuo, who today said that the 6.7-inch iPhone will also feature sensor-shift image stabilization. In a research note with TF International Securities, obtained by MacRumors, Kuo predicted that the technology will expand to two to three new iPhone models in 2021. 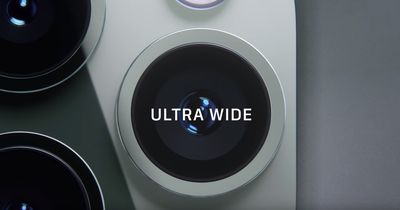 The rumored 6.7-inch iPhone would have the largest display of any iPhone ever. The device is rumored to be slightly taller than the iPhone 11 Pro Max.

Kuo today also predicted that at least one 2022 iPhone model will feature a periscope lens, which could allow for 5x optical zoom like Huawei's P30 Pro or even 10x optical zoom as is rumored for the device's P40 Pro successor. iPhones currently max out at 2x optical zoom and 10x digital zoom. Optical zoom preserves the quality of a shot when zooming in, while digital zoom results in some blurriness.

Traverse
While I understand the logic of adding features to the larger and more expensive model, I really hope this isn’t the case again. I pay the premium for the Pro variant because I personally like having the highest end camera, but a 6.7” simply isn’t for me so I will be sad to see the very best features locked behind a ludicrously large size wall rather than a paywall.

Honestly, that could get me to buy the 5.4” none-Pro. If I can’t get all the great features, I might as well get the size I want.
Score: 27 Votes (Like | Disagree)

MacDevil7334
Really would be disappointing to see Apple return to limiting the most advanced features to the phablet model. It has been really nice to have the same feature set on all the X/11 series OLED models regardless of which screen size you want.
Score: 21 Votes (Like | Disagree)

Saturnine
2022 - The Apple iCamera will also include smartphone features! ?
Score: 12 Votes (Like | Disagree)

scottinlexky
the people who survive will be able to upgrade. good luck to you all.
Score: 10 Votes (Like | Disagree)

youdontsay
Looks like we, smaller phone lovers, will endlessly get screwed ? Just when I started to accept going from 5.8" to 6.1" while previously dreaming of a PRO 5.4". Now I "have to" get that 6.7" tablet of a phone. That's a nope. Staying with my XS.

diddl14
Hope sensor shift will be on all 2020-Pro models. Better image stabilization is nice but much more importent is the ability to capture and combine multiple shifted images, greatly reducing noise and low light effects.