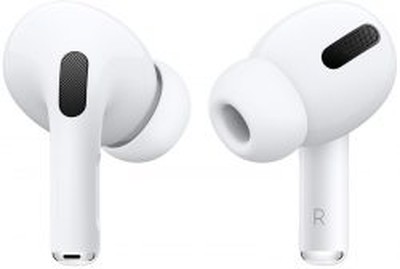 AirPods shipments could increase by 50 percent in 2020 on a year-over-year basis, according to sources within Apple's supply chain cited by DigiTimes.

A paywalled preview of the report reads as follows:

AirPods shipments to soar 50% in 2020
Shipments of Apple's AirPods are expected to surge 50% on year to 90 million sets in 2020, according to sources at suppliers engaged in the supply chain.

Apple folds AirPods revenue into its "Wearables, Home, and Accessories" category in its quarterly earnings reports, so keep in mind that these are estimated figures. 90 million shipments of AirPods representing 50 percent growth in 2020 would imply 60 million shipments in 2019, in line with an estimate from research firm Strategy Analytics earlier this year. However, as is common with estimates, some analysts have disputed that figure.

Regardless of exact numbers, it is clear that AirPods have been tremendously popular, with the new AirPods Pro facing lengthy shipping estimates on Apple's online store since being released last October. Apple's wearables category set a new all-time revenue record last quarter, which Apple attributed to the success of the Apple Watch and AirPods.

Apple released the higher-end AirPods Pro in October 2019 with several improvements over regular AirPods, including active noise cancellation, improved sound quality, and water and sweat resistance, along with a new in-ear design. AirPods Pro are priced at $249 in the United States, while regular AirPods with a wireless charging case are $199.

Last week, it was rumored that a new entry-level version of AirPods Pro will enter production by the second quarter of 2020, but no further details have been shared. It has been speculated that the earphones could end up being third-generation regular AirPods with the same design and sound quality as AirPods Pro, but without active noise cancelation.

Just returned from the Apple store where apple agreed to fully refund my AirPods Pro due to many problems, I purchased them in December 2019.

* Left Earbud was not working regularly just stopped working music / audio would continue in right ear
* Heavy battery drain when on a call (about 1% per min)
* Pods not charging when in case
* Intermittent problem where it was like the phone and AirPods where out of range (when the phone was no more the 6ft from me)
* ANC was intermittent, when it worked it worked okay, but it was like it was adjusting in real time. We have a ceiling fan in our room and at points it was silent no background noise, then suddenly you would hear the fan for about 20 secs then it would go quite again.

AppleCare engineering team spoke to me and they said there fully aware of the problems I was having and I was not the only person who has reported them, then they continued to say, we are working on it but have no time line of a fix, could be a week or a year :confused:.

Anyway I been refunded now so I'll wait and see what happens in the near future, will use my 2nd gen ones for the moment and my Beats Studio 3's.

Why not just try another pair? It doesn’t seem that those are common issues.
Score: 5 Votes (Like | Disagree)

Dave245
They need to sort out the issues with the AirPods Pro first, I have had to send mine back, get a replacement, get a hold put on my debit card and now sit and wait for them to release that hold.
Score: 3 Votes (Like | Disagree)

840quadra
Been a great product for me. Still rocking my original 1st year AirPods, and love the new pro model for flights, and other situations where I don't want to deal with noise.
Score: 3 Votes (Like | Disagree)

chucker23n1
60 million a year already sounds like a crazy-high number. Any headphones vendor can only dream of that…
Score: 2 Votes (Like | Disagree)

CarpalMac
I just wish the sound quality and noise cancelling was better. Compared to my wired QC20's they are quite a long way off the mark and at that price point there simply is no excuse for it.
Score: 2 Votes (Like | Disagree)

stevejobs>apple
Love my pros. The noise cancelling alone is worth the extra $50. The fit is more secure for workouts too which I love.
Score: 2 Votes (Like | Disagree)
Read All Comments