The annual Game Developers Conference (GDC) that was set to take place from March 16 to March 20 in San Francisco, has been postponed until "later in the summer," event organizers announced today. 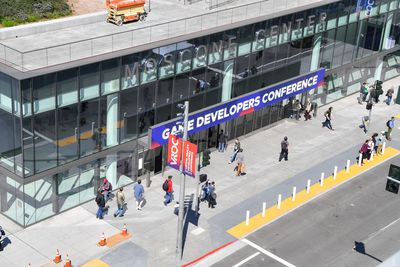 After close consultation with our partners in the game development industry and community around the world, we've made the difficult decision to postpone the Game Developers Conference this March.

Having spent the past year preparing for the show with our advisory boards, speakers, exhibitors, and event partners, we're genuinely upset and disappointed not to be able to host you at this time .

We want to thank all our customers and partners for their support, open discussions and encouragement. As everyone has been reminding us, great things happen when the community comes together and connects at GDC. For this reason, we fully intend to host a GDC event later in the summer. We will be working with our partners to finalize the details and will share more information about our plans in the coming weeks.

GDC is the latest event to be canceled due to concerns over the COVID-19 coronavirus, and the announcement comes after many major companies had dropped out of the event. Sony, EA, Microsoft, Blizzard, Unity, and Epic had all said they would not attend.

GDC is one of the biggest gaming conferences in the world, last year attracting approximately 27,000 attendees. The event takes place every spring at the Moscone Center in San Francisco, California.

All paid registrants who signed up to attend GDC will receive a full refund within four to six weeks. Presentations from conference speakers and awards recipients that would have been given at GDC will be made available for free online. Some of the GDC 2020 talks, the Independent Games Festival, and the Game Developers Choice Awards will be streamed on Twitch on March 16 to March 20.

The postponement of GDC comes just a day after Facebook announced that its F8 developer conference has been canceled. F8, which was set to take place on May 5 and 6, was going to be held at the McEnery Convention Center in San Jose, California, which is the same venue Apple uses for WWDC.

WWDC typically takes place in June, with this year's dates likely to be right around June 8 to June 12. Given that Facebook has canceled its May event, it's possible that Apple is considering a similar move. Other major upcoming events in California that are still happening as of this time include E3 in June and Google's I/O conference, set to take place in May.

Earlier this year, Mobile World Congress, a major trade show that takes place in Spain, was canceled, and multiple other events have been shuttered due to coronavirus concerns. The Geneva International Auto Show was canceled today, as were Baselworld and the Geneva watch show, both of which focus on watches.

GDC's postponement announcement was released just after health officials in California confirmed a second case of community spread COVID-19 in the United States caught by a 65-year-old woman who had not traveled and who had not come in close contact with anyone who had the virus.

The second instance of community spread COVID-19 was found in Santa Clara County, which is where Apple's campuses in Cupertino, California are located. The first case of unknown origin, announced earlier this week, was found in Solano County in Northern California.

Having gone to a games conference that had 10% of the attendance of GDC (so still big) and spoken to people around the world earlier this year, I was ill with flu-like symptoms a couple of days later. That is not unusual after conferences. It is easy to understand why GDC has been cancelled.

I went to E3 four years in a row, and each time I came home with a nasty cold. Conferences, trade shows, conventions, and exhibitions are breeding grounds for viruses.
Score: 10 Votes (Like | Disagree)

Moonjumper
Having gone to a games conference that had 10% of the attendance of GDC (so still big) and spoken to people around the world earlier this year, I was ill with flu-like symptoms a couple of days later. That is not unusual after conferences. It is easy to understand why GDC has been cancelled.
Score: 9 Votes (Like | Disagree)

Having gone to a games conference that had 10% of the attendance of GDC (so still big) and spoken to people around the world earlier this year, I was ill with flu-like symptoms a couple of days later. That is not unusual after conferences. It is easy to understand why GDC has been cancelled.

I have personally observed people using the restroom facilities and walking out without washing with soap and water. There is no surprise that people get sick even without COVID-19 scares, people have poor if not no hygiene at these events. I wear gloves when touching anything open to public demonstration, I may be odd stares but I don’t fall ill after these events.
Score: 6 Votes (Like | Disagree)

What is the difference now and then?
There is a new virus every few years, only now scientists found a way to name and identify the culprit. 10 years ago this would be just a tougher than average flu season.

The world has gone crazy just because the media is hyping everything up to get some attention.

The difference is this may be 50x more deadly than the flu, and appears at least as contagious, if not more so.

Why is this so hard for everyone to understand?
Score: 6 Votes (Like | Disagree)

I will be a photographer at a dance convention in 2 weeks in Gatlinburg, Tennessee. There will be around 1,000 people there from mostly the East Coast of the United States.

Should I be worried? :oops:

Not really. They these events aren’t getting cancelled out of personal risk to the attendees, so much as the risk of causing a scattering of outbreaks worldwide when everyone goes home. One attendee at an event like GDC could infect a dozen people who’d be back in their home countries before they got sick. A dozen more outbreaks like Italy and it would be pretty much game over as far as containment is concerned.
Score: 5 Votes (Like | Disagree)

Freida
/facepalm - this is crazy
Score: 3 Votes (Like | Disagree)
Read All Comments