As promised, Bose has begun rolling out a firmware update providing AirPlay 2 support for its range of Bose SoundTouch speakers. 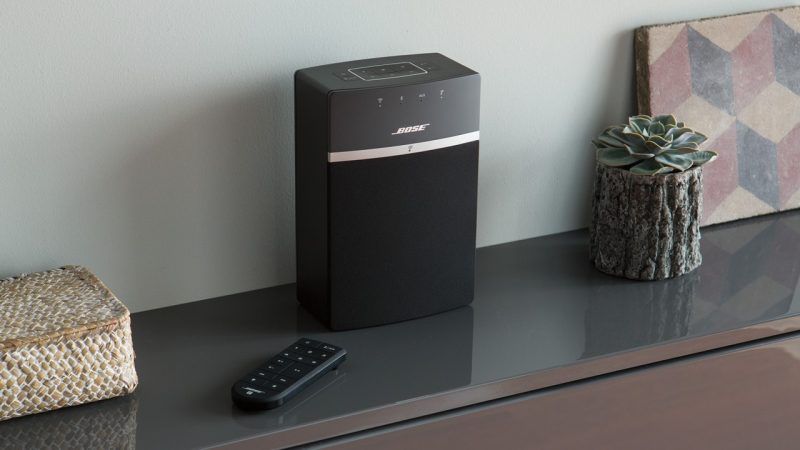 AirPlay 2 support is being rolled out as part of a free over-the-air software update via the Bose SoundTouch app for iPhone and iPad. Simply log into the SoundTouch app and accept the update when it appears.

AirPlay‌ 2 enables multi-room audio playback with other ‌AirPlay‌ 2 devices, such as the HomePod, Apple TV, and select speakers from Sonos, Bose, Bowers & Wilkins, and others. ‌AirPlay‌ 2 devices also appear in the Home app on the iPhone, iPad, Mac, and Apple Watch and can be controlled with Siri voice commands.

The update also includes SiriusXM (SXM) stability improvements and access to additional SXM content. If you're an SXM user you will need to make sure you have updated to the latest version of the SoundTouch app and that you're using the most recent firmware for your Bose speaker. You’ll also need to add your SiriusXM account details again, even if you’ve connected in the past.

Although deployment of the firmware began on Tuesday, the update will roll out in phases, so some SoundTouch owners may not receive the update until February 25 at the latest.

How good is the soundbar? I am in the market for one. And this update means I can use it with my Apple TV, right?

It's the only sound bar that sounds great in our living room with a cathedral ceiling. Subwoofer is wonderful too. You could always use the sound bar with Apple TV while in that source. Apple TV to your TV, SoundTouch to TV ARC.
Score: 1 Votes (Like | Disagree)
Read All Comments

Tuesday March 31, 2020 10:22 am PDT by Juli Clover
Apple has acquired weather app Dark Sky, Dark Sky's developers announced today. Dark Sky is one of the most popular weather apps on the App Store, known for its accuracy and storm warnings. Our goal has always been to provide the world with the best weather information possible, to help as many people as we can stay dry and safe, and to do so in a way that respects your privacy. There is no ...
Read Full Article • 177 comments