Bose this week quietly announced AirPlay 2 support for its line of "BoseSmart" smart speakers. The audio company revealed the added functionality via its official Twitter account and separately in a post on its community support forums. 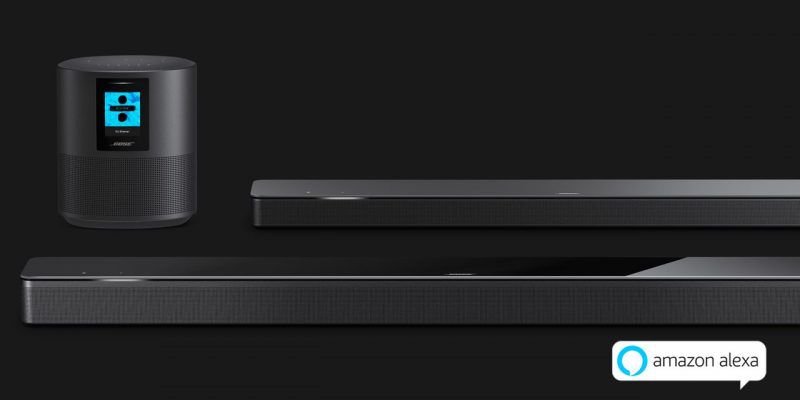 Introduced late last year, the BoseSmart range of speakers support Wi-Fi and Bluetooth connectivity, and Alexa voice activation. Models in the range that now support ‌AirPlay‌ 2 include the Bose Home Speaker 500 ($399), the Soundbar 500 ($549), and the Soundbar 700 ($799). Bose says the feature support is being delivered to eligible speakers as an over-the-air firmware update, via the Bose Music app.

As noted by HomeKit Hero, the company's announcement comes as somewhat of a surprise, as Bose had previously given no indication that ‌AirPlay‌ 2 support was coming to its speakers, and the brand didn't appear on Apple's own third-party AirPlay 2 speakers list, which includes both available and upcoming products.

In its forum post, Bose mentioned it is still working on bringing ‌AirPlay‌ 2 compatibility to its SoundTouch speakers, which start at $199 and also include Alexa support, but offered no timeline for its introduction.

Santabean2000
More support for Airplay 2 the better. But I’ll be keeping my Sonos, thanks!
Rating: 2 Votes

As noted by HomeKit Hero ('https://twitter.com/Homekit_Hero/status/1119062510991233024'), the company's announcement comes as somewhat of a surprise, as Bose had previously given no indication that AirPlay 2 support was coming to its speakers

Well that’s completely wrong. Bose announced last August that these speakers would gain AirPlay 2 support sometime in “early 2019”, you guys even had an article about it.

I love the sound of my HomePod, but I frequently have connectivity issues when trying to stream from my iPhone. Oddly, no issues when I ask the HomePod to play directly from Apple Music.

Sometimes my WiFi is a little wonky, but I can’t for the life of me figure out why Airplay streaming would be the only casualty.

As steaming is what I’m mostly interested in from a smart speaker, maybe I’ll look into the Sonos and Bose. Anyone have an opinion on the relative sound quality of these three?

Hi, AirPlay works great with Sonos. I have the beam and a One, and am waiting for these new speaker lamps from Ikea to arrive. But I have a Bose Soundbar 700 too which I can now test with Airplay. This will make or break. The Sonos AirPlay is seamless ✌️
Rating: 2 Votes

That’s also true, I have the QC30 Buds, did have the QC35’s but sold and replaced with Sony’s latest and they seem to be rated as better than QC35.
I think Bose should be very worried - they no longer have the edge with a lot of their consumer product...

I’m not sure about this. Specifically the qc35 are supposed to have the edge in comfort and can connect to two sources. Sony has always made good products, but it’s always an individual choice. I have the qc35 and love them. I think the interface and use of the qc35 are better than the Sony based on the features/functions.
Rating: 1 Votes

I7guy
Well I don’t know about Sony’s anc, but I bought the Bose qc35 ii on a impulse due to a flight from Phoenix to NY. I wore the qc35 nearly the entire flight and the performance was phenomenal and comfortable. So if the Sony’s are better it wouldn’t make a difference and I would go for comfort, features and use. Ymmv.
Rating: 1 Votes

colinchuang
Yep. This is true. They make damn good headphones though ✌️
[doublepost=1555738026][/doublepost]

Bose were originally on the Airplay2 list but that was close to 2yrs ago and more recently were not listed on the official Airplay2 sign ups...
Bose have been promising Airplay2 support on the SoundTouch range as ‘coming soon’ ever since Airplay2 was announced by Apple and it has still not appeared and probably never will as the SoundTouch models are now old product, replaced by a newer and non compatible range.
Would advise strongly to avoid Bose as they promise many things but do not deliver. The Bose forums are full of angry SoundTouch owners that have ongoing issues with connectivity and lack of promised features..


Yep. This is true. They make damn good headphones though ✌️
Rating: 1 Votes