Apple has updated its website to indicate that all five of its retail stores in the Beijing area will be reopening February 14 with limited hours of 11 a.m. to 6 p.m. local time until further notice, as noted by Reuters.

Apple has yet to announce reopening dates for its other stores in mainland China, which remain listed as closed through at least February 19 on its website due to the Wuhan coronavirus outbreak. Apple began working toward re-opening its corporate offices and contact centers in the country earlier this week. 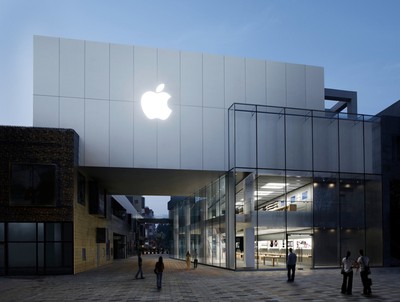 The coronavirus outbreak has also impacted Apple's suppliers, including its largest manufacturing partner Foxconn, which is reportedly in the process of resuming operations at its factories across China.

There remains a lot of uncertainty regarding the coronavirus outbreak, which has resulted in extended shipping estimates for some Apple products and could impact the company's overall sales. Apple operates over 40 stores in China, which represents less than 10 percent of its retail locations worldwide.

Apple recently provided its retail stores, authorized service providers, and carrier partners with an enhanced cleaning guide that recommends that demo Apple products be cleaned at least twice per day. The document, shared with MacRumors, contains best practices for using microfiber cloths as well as hand washing tips for employees.

I've heard it can live up to 3 days on surfaces.

Good thing this is an Apple Store and not a Microsoft Store then. *Rimshot*
Score: 9 Votes (Like | Disagree)

StralyanPithecus
Coronavirus: Feeling cute today, maybe I will infect you later but not between 11 am and 6 pm.
Score: 4 Votes (Like | Disagree)

Considering this virus can live in the air and surfaces, I would be wary to ever use any demo devices in these stores.

Like any type of flu virus, it’s only transmitted via air droplets from either coughing or sneezing and normally doesn’t survive outside the body for more than a few hours. You won’t get sick if you received a package from China in Dec. However, it’s still important to maintain good hygiene and disinfect surfaces as a precaution.
Score: 4 Votes (Like | Disagree)

I've heard it can live up to 3 days on surfaces.

barkomatic
I'm not sure if these re-openings are because the virus is getting under control or because the damage to the Chinese economy is now considered the greater threat.
Score: 3 Votes (Like | Disagree)

Good thing this is an Apple Store and not a Microsoft Store then. *Rimshot*

You can all stop posting now, this ^ is clearly going to be the best post of this thread.
Score: 3 Votes (Like | Disagree)
Read All Comments

Thursday May 13, 2021 10:32 pm PDT by Sami Fathi
A new rumor suggests that Apple will announce the third-generation AirPods and the recently rumored HiFi, or high-fidelity Apple Music tier, on Tuesday, May 18, via a press release on its website. The new rumor comes from Apple YouTuber Luke Miani who shared the alleged exclusive news with the AppleTrack website. According to the YouTuber, Apple plans to release the next-generation AirPods...
Read Full Article • 175 comments