New Apple TV With A12 Chip or Later Uncovered in tvOS 13.4 Beta

Thursday February 6, 2020 8:19 am PST by Joe Rossignol
A refreshed Apple TV with an A12 Bionic chip or newer appears to be in development, according to 9to5Mac, which uncovered an unreleased model with the codename "T1125" in the tvOS 13.4 beta seeded yesterday.

Details about the new ‌Apple TV‌ are slim beyond the faster chip and its maximum supported resolution remaining 4K with HDR. 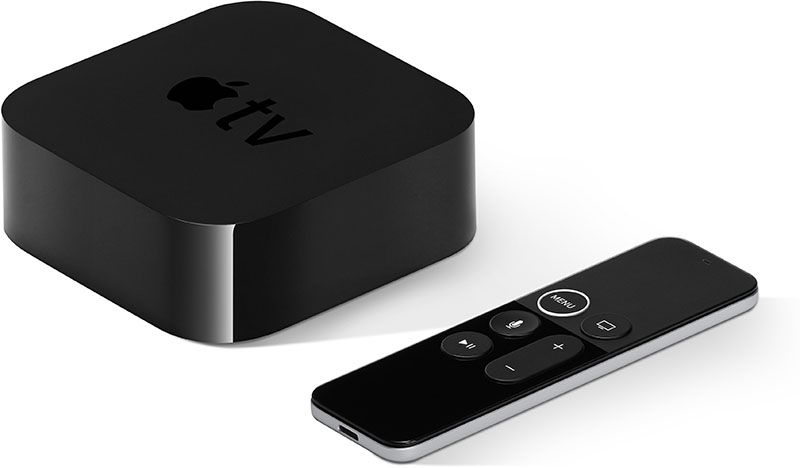 Rumors of a new ‌Apple TV‌ with an A12 chip began swirling last fall, but with a different codename of "J305." The device has typically been updated once every two years, with the first tvOS-based ‌model launching in September 2015 and the ‌‌Apple TV‌‌ 4K arriving in September 2017.

matamoris
Praying that it will include a redesigned remote.
Rating: 31 Votes

How about updating that remote, tho....


I love the remote! just enough keys, you don't have to turn on the light to figure out which one to press.

If you don't like the remote, you can pretty much use your existing TV remote with it.
Rating: 15 Votes

ckelley
I know Apple hates Google these days, but I would really hope they add VP9 support in hardware or even software at this point. YouTube has got to be one of their most popular apps, missing out on 4K content with the Apple TV is annoying. If I want to watch something in 4K, my TV has Chromecast built in and supports it, so I have to go that route.
Rating: 12 Votes

Bazooka-joe
Yeah we will see new iPads, Apple TV, Apple headphones and a new ATV at the March event. Should be fun
Rating: 10 Votes

realtuner
A12X would be a much better choice considering Apples push into gaming with Apple Arcade. I’d like to see what developers would do with the additional horsepower.
Rating: 9 Votes

Kabeyun
The current Apple TV 4K does everything I need an Apple TV to do, including understanding HEVC. What I want, since the hardware can do it, is for Apple to finally release a tvOS version that supports two simultaneous Bluetooth audio streams. I think it’s pretty absurd that they enabled this it in iOS while ignoring it in tvOS.
Rating: 8 Votes